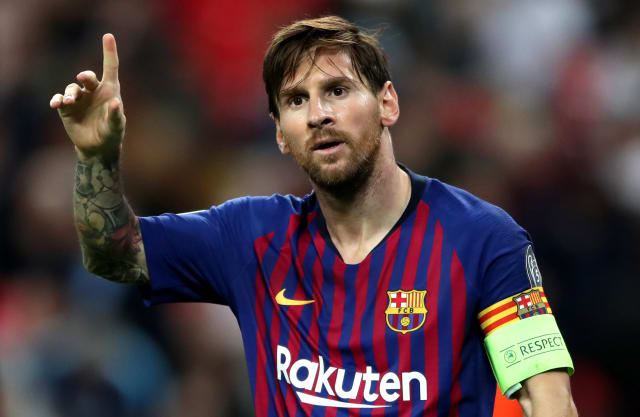 Lionel Messi may have elected to stay at Barcelona this season, but rumours around his longer-term future have already begun. The Daily Telegraph reports Manchester City, who have openly expressed interest in the record-breaking Barcelona captain, will have an opportunity to offer the 33-year-old a pre-contract in January ahead of a potential move to England next summer. Talks on Messi’s future at Barcelona are not likely to take place until after a new president is elected in March, leaving City, or other clubs, a small window to agree terms on a contract starting in July 2021.

Amid uncertainty over his future at Tottenham, Dele Alli is believed to already have a potential suitor lined up. According to the Daily Mail, Paris St Germain are keen to make a move for the midfielder, should he be made available in January. The 24-year-old has started just one of Tottenham’s seven top-flight fixtures so far this season.

The Daily Mirror reports Barcelona have emerged as front-runners to sign Manchester City defender Eric Garcia. The 19-year-old is out of contract at the end of the season, and the Spanish giants are believed to have prepared a £7million offer to secure his services in the January window. However Garcia is highly rated by City boss Pep Guardiola, with the club reportedly eager to have him sign a new contract to stay at Etihad.

Atletico Madrid have reportedly joined the queue of clubs keeping an eye on Brighton right-back Tariq Lamptey. The Daily Mail says the club have followed in the footsteps of Bayern Munich and Sevilla in expressing an interest in the 20-year-old, who has been a standout for Brighton since arriving from Chelsea in January.

Darwin Nunez: Barcelona have stepped up their pursuit of the Benfica forward as a potential replacement for Luis Suarez, ESPN reports.

Declan Rice: Chelsea are lining up a move for the West Ham midfielder, according to The Athletic.