FA announces halt of non-elite football in England during lockdown 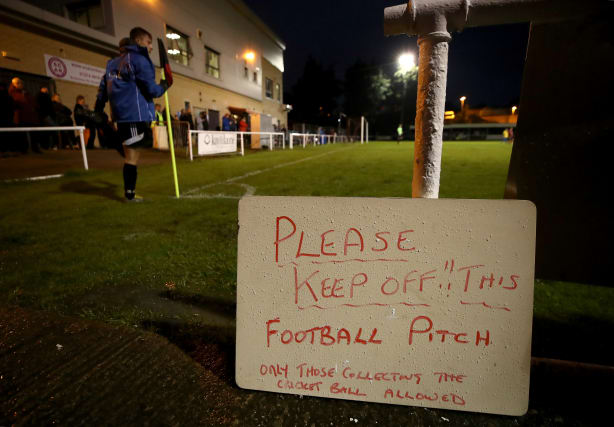 Non-elite football in England will be halted during the second national lockdown period, the Football Association has announced.

The FA said matches and training in steps three to six of the men’s national league system (NLS) and tiers three to seven of the women’s football pyramid would be suspended during the upcoming lockdown period, which is being imposed by the Government amid a second wave of coronavirus infections nationwide.

The suspension comes into effect from Thursday, with the new restrictions set to last until at least December 2.

“Restarting football at these levels has taken substantial determination and commitment from stakeholders across the game and The FA would like to thank everyone for their vital contributions,” a statement from the governing body read.

“However, health and well-being remain the priority, so it is extremely important that clubs, players, coaches, match officials, league officials, volunteers, parents, carers and facility providers adhere to the UK Government’s new national Covid-19 restrictions during this period.”