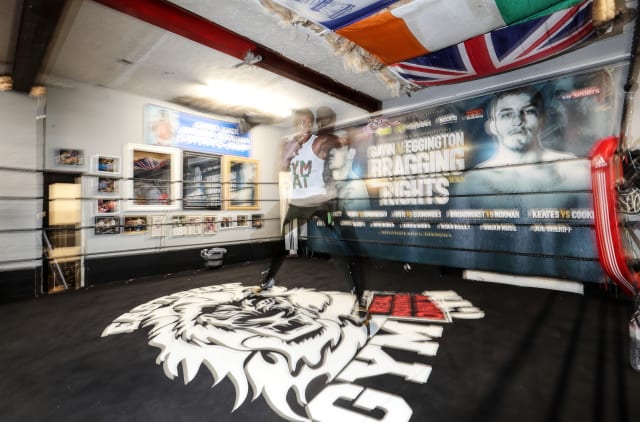 Sports clubs across the country are anxiously awaiting further guidance on the impact of the Government’s new lockdown regulations.

Many maintain it is still too early to discern the limits of the latest restrictions, but early hopes that some outdoor sports such as golf and tennis could be spared appear to have been dashed.

Here, the PA news agency takes a look at the prospects for individual sports at both professional and amateur levels.

The new lockdown rules will not affect elite football, which will be allowed to continue behind closed doors. All non-elite football, which means all levels below the National League, is set to be postponed, although this is yet to be officially confirmed. An exception has been granted to the nine ‘non-elite’ clubs who have qualified to play in the FA Cup first round this weekend. It remains unclear what will happen if any of those clubs advance further in the competition. The game at all junior levels is also expected to be postponed indefinitely.

England’s men have continued a full international programme due in part to their pioneering of the ‘bio-secure bubble’, which is said to have saved the game over £200m in revenue, while the women played a five-match series against the West Indies. The domestic season took place at a vastly reduced level, while recreational cricket return at the tail-end of the season. England are due to travel to South Africa at the end of the month, with talks ongoing over winter tours to India, Sri Lanka and Pakistan. The T20 World Cup was put back 12 months, having originally been due to take place in October-November 2020.

The Gallagher Premiership limped to a conclusion last month and international fixtures have continued behind closed doors. It is unclear how the new rules will impact the Championship, which effectively straddles elite and grass-roots levels, with a start date yet to be finalised, amid increasing likelihood that the 2020-21 season will simply be scrapped. All grass-roots rugby has already been postponed until January at the earliest.

Super League continues in a state approaching organised chaos, with a number of matches cancelled due to positive tests, the table determined on a percentage basis, and discussions ongoing with regard to the end-of-season play-off structure. The Championship and League 1 were scrapped just over a month into the season and are due to start afresh early in 2021. Grass-roots rugby league at amateur and junior levels faces being locked down under the latest regulations.

Wimbledon was the only grand slam to succumb completely to coronavirus in 2020 with both the French and US Opens taking place behind closed doors. The ATP and WTA Tours have continued under revised schedules, and the end-of-season ATP Tour Championships is still expected to take place in London in December, albeit most likely without fans. Calls by the Lawn Tennis Association for recreational tennis to be exempted from the latest lockdown, subject to increasing regulation, appear to have fallen on deaf ears.

Professional boxing has been taking place in secure venues including Matchroom promoter Eddie Hearn’s back garden – but Hearn has recently admitted the continued absence of fans could impel the prospective December fight between Anthony Joshua and Kubrat Pulev to take place abroad. Members of the GB Boxing squad continue to train in Sheffield ahead of the Tokyo Olympics but the new lockdown means clubs and gyms across the country will once again have to close. England Boxing chief executive Gethin Jenkins has warned of “dire” consequences without increased funding. “A majority of our clubs operate in some of the most marginalised areas of the country and have been hardest hit,” Jenkins said. “Whilst there was help initially, it was meant only as a stop-gap, and that was over seven months ago, so the money is running out.”

Swimming chiefs remain especially vociferous in their opposition to the new lockdown measures which will close pools across the board. Jane Nickerson, the chief executive of Swim England, described the situation as “horrendous” and added she believed it was proven that the benefits of keeping pools open outweighed the attendant risks. “We’ve proved beyond a shadow of a doubt that indoor leisure and swimming pools have a very low transmission of this virus and are safe places for people to go and exercise,” she told the PA news agency.

The pandemic accounted for this year’s Open Championship but professional golf tours subsequently resumed and the delayed Masters is still scheduled to go ahead next week. Recreational golf endured a seven-week hiatus during the first lockdown and faces further closure, despite attempts, as with tennis, to secure an exemption to the expected blanket ban on grass-roots sport on account of it being outdoors and effectively socially distanced.

Snooker was one of the first sports to return in the initial lockdown, including a hastily abridged experiment with the return of a limited number of fans for the delayed World Championships at the Crucible. The majority of tour events are taking place in an event ‘bubble’ at the Marshall Arena in Milton Keynes. The new rules have raised doubts over whether the concluding stages of next month’s UK Championships will take place in York as scheduled.