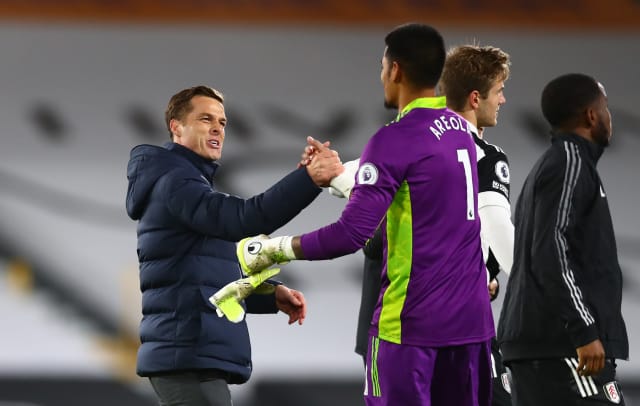 Goals from Bobby Decordova-Reid and Ola Aina secured a first league win back in the top tier for the Cottagers and left the visitors still waiting to break their duck.

The result saw Fulham leapfrog their opponents and out of the bottom three, but Parker believes league position is not especially important at this stage of the season.

When asked what it meant psychologically to be out of the drop zone, he said: “Nothing really to be honest. It’s really irrelevant at this moment for me.

“OK the results haven’t been there and I understand when the result’s not there the noise is ‘can’t win’ but I have seen massive improvements.

“But in terms of the table and where we sit on that, to me that’s irrelevant. Let’s see where we are at the end, but what is important to me is that the team are going in the right direction and I am seeing that.”

On the game, Parker added: “I think overall, all round a very good performance. Obviously the result was important. We all understood that because we started this season and I’ve sat here and said that performance-wise I think we were progressing in the right way, but I think for everyone – the team, the club – we needed the win and we’ve got that.”

The one downside was the injury to Mario Lemina, with Parker confirming the midfielder was brought off at half-time as a precaution after he felt his hamstring in the opening 45 minutes.

West Brom manager Slaven Bilic conceded his side did not play well enough at Craven Cottage, as they continue their search for a first win back in the top tier.

“I’m very disappointed obviously,” he said. “We were looking forward for this game because the last couple of games we looked really good, we played really good in training, lot of intensity, lot of quality to be fair. But when we need to produce it on the pitch we simply didn’t do it.

“We were good for 25 minutes but after that they were stronger than us, they were sharper, quicker, better passing, better one-against-one, better in that area where it matters to make a difference.