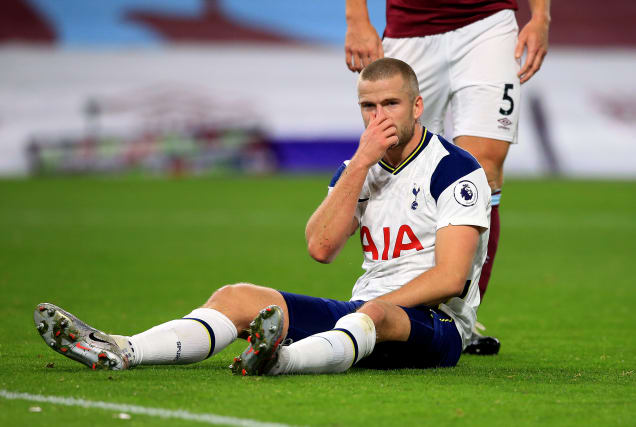 Eric Dier cannot understand why Brighton’s goal in Tottenham’s Premier League win over Brighton was allowed to stand, but praised the reaction of his side.

In an evening filled with VAR drama, Harry Kane put Spurs ahead from the spot after Jonathan Moss ruled from Stockley Park that a foul by Adam Lallana had occurred inside the box, before then deciding against awarding Brighton a penalty after what looked a clear foul.

Brighton’s equaliser, which came through Tariq Lamptey, was just as controversial as Graham Scott became the first referee not to change a decision after viewing it on the pitchside monitor when he ruled there was no foul on Pierre-Emile Hojbjerg in the build-up.

Spurs players also gathered around the monitor and were aghast when Scott chose not to award Spurs a free-kick, but their anger turned into joy when Gareth Bale’s first goal of his second spell at the club sealed a 2-1 win and the points.

“It’s not easy when I can see the screen from the side of the pitch,” Dier admitted. “It’s not easy to accept that kind of decision.

“It’s quite clear to everyone. I’m very confused as to why it wasn’t taken back to the foul. I can’t understand any reason why it wasn’t. So in the moment it’s very difficult.

“But I think we reacted really well, we were resilient. We scored pretty quickly afterwards, which I think was important because if things go on a bit longer and you don’t get that goal it can become frustrating.

“But we scored straight away and then fair enough I think we were comfortable in the way we saw out the game.”

Spurs, who moved up to second with the win, were not at their best, but having Bale to call on from the bench helped them get over the line.

It has previously been Kane and Son Heung-min who have been the matchwinners so far this season and Dier admits his side have an embarrassment of riches.

“I don’t have to speak about the quality of any of them really,” he said. “Everyone knows the quality those three have and they’re all fantastic players and they all have individual quality to create a moment at any time.

“They also have the quality to go [connect] with the rest of the team. Gareth’s goal was a great ball from (Sergio) Reguilon and he’s finished it off.

“It’s great for us to have that type of quality within all areas. I think we have a lot of depth. We also have Steven Bergwijn, Lucas Moura and (Erik) Lamela who I thought was fantastic today again, the effort he puts in is incredible.

“We’ve got a lot of options up front to do different things.”

On Bale’s first goal back in a Tottenham shirt, Dier added: “It’s great. You’ll have to ask him how he feels but I’m sure he feels great to get his first goal.

“He’s up and running again. He’s obviously getting his match fitness back and he’s looking better and feeling better every time. We’re very excited to have him here and obviously he’s helped the team massively.”

Brighton handed a debut to goalkeeper Robert Sanchez, who spent last season on loan at Rochdale, with established number one Mat Ryan dropped to the bench.

Boss Graham Potter said it was a tactical decision.

“Rob is a young goalkeeper who has some really good attributes that we thought we could use in the game. Mat has played a lot of football in the last two or three years, so it is nice to get a breather.

“Mat is a fantastic professional, so he wants to play, he wanted to play. He supported the team and Rob. He will fight for his place and take the fight.”