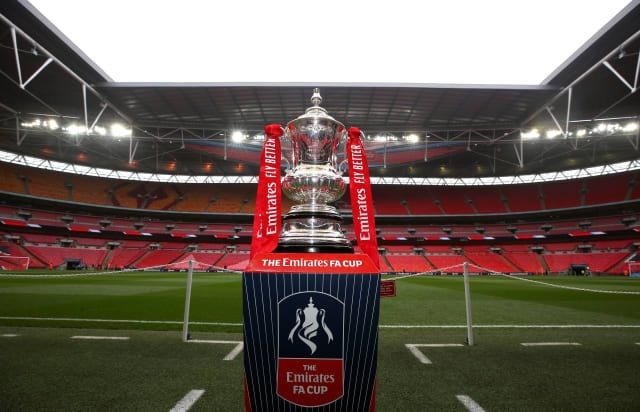 All of this weekend’s FA Cup first-round ties have been cleared to go ahead by the Government despite the new lockdown restrictions, the Football Association has announced.

There had been concerns that the suspension of non-elite sport under the lockdown due to come into effect from Thursday would create a problem for the competition, with 10 clubs from below National League level still involved.

However, the FA says the ties will be played under elite protocols.

“We can confirm that all Emirates FA Cup first-round ties will go ahead this weekend as planned,” a statement from the governing body read.

“The UK Government has confirmed that the 10 non-elite clubs that remain in the competition will be able to play their matches under elite protocols.

“Matches will take place between November 6 and 9 2020. All ties will be played behind closed doors, in line with COVID-19 guidelines.”

The Government has been urged to rethink plans to close sports facilities such as golf courses as part of new coronavirus lockdown restrictions.

Stricter measures are set to come into force from Thursday in an effort to limit the spread of the virus, and will include indoor and outdoor sports facilities such as driving ranges being ordered to close.

Julian Knight, the chair of the Digital, Culture, Media and Sport (DCMS) committee, believes the approach is wrong.

“A blanket ban is not the correct way of going about things,” he told BBC Radio 4’s Today programme.

“Perhaps there needs to be some reflection on the work that was done in the spring by these institutions. I know one golf club for instance that spent £5,000 on sanitising, I know another one that tested staff at a cost of £400 a week.

“Don’t forget many of these courses are related to hotels and there they have had a real problem haven’t they, because they have been unable to really open at any sort of capacity for most of the pandemic.”

Knight added: “There are health benefits, both physical and mental. These sports are uniquely built for social distancing. They opened safely in the spring in a limited way, no clubhouses, changing rooms.

“We need to acknowledge the enormous expense and efforts from both these sports in order to make them Covid-secure.”

The Government’s guidance on the new lockdown measures state that indoor and outdoor leisure and sports facilities including gyms, swimming pools, golf courses and driving ranges, climbing walls and climbing centres and archery and shooting ranges will be ordered to close.

The restrictions are initially set to remain in place until December 2, but Cabinet minister Michael Gove said on Sunday they could be extended.

Jane Nickerson, the chief executive of Swim England, said it was a “horrendous” situation and fears further facilities may never reopen.

“We’ve proved beyond a shadow of a doubt that indoor leisure and swimming pools have a very low transmission of this virus and are safe places for people to go and exercise,” she told the PA news agency.

“To just slam the door shut again now, my concern is that many pools won’t reopen and certainly I believe a lot won’t reopen now before Christmas. We’ve lost 200 swimming pools already following the first lockdown, I think an awful lot more can follow suit.

“We know that swimming is immensely valuable to the health of the nation. Our Value of Swimming report we launched last year showed that we save the NHS and social care system £357million a year on just six different conditions. And people who can’t exercise on land and can exercise in water, we’re just slamming the door on them.”