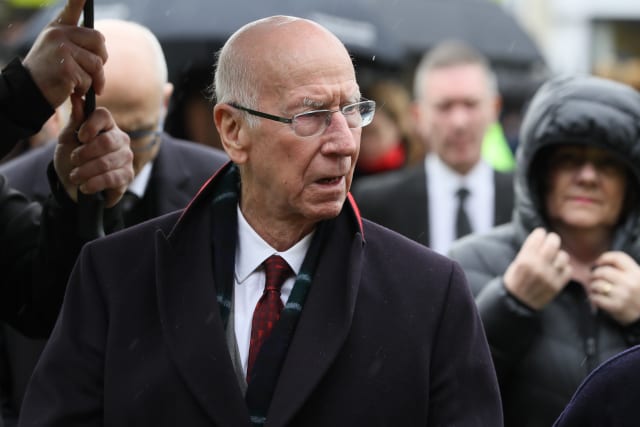 Sir Bobby Charlton has been diagnosed with dementia, it has been reported.

The Telegraph said that the 83-year-old's wife, Lady Norma, was happy for the Manchester United and England great's condition to be reported.

The newspaper said Lady Norma had given the breaking of the news her "blessing", with the announcement coming two days after his club and country team-mate Nobby Stiles died after his own battle with the illness.

In July, Sir Bobby's brother Jack also died, himself having previously being diagnosed with dementia.