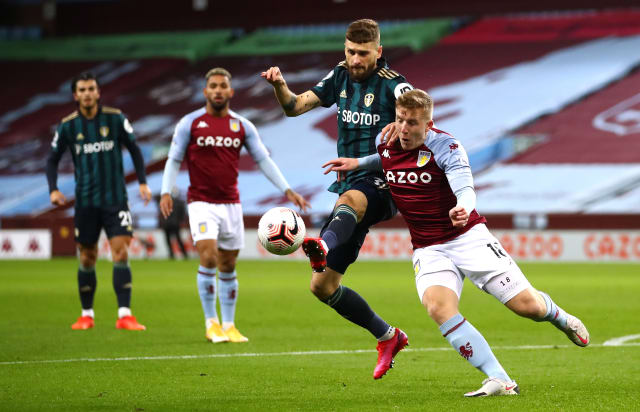 Wolves rode an early storm at Elland Road earlier this month, but were highly effective on the counter-attack and secured all three points through Raul Jimenez’s solitary second-half strike.

“I think it will be a very similar game to the Wolves game,” said Klich, who has started every game for Leeds this season.

“I watched Leicester versus Arsenal (last Sunday), they had three centre-halves and played on the counter-attack. We have to do better this time and score goals.

“Against Wolves, everything was fine, but we missed chances and lost the game in the end, so we need to improve on that.”

Leeds bounced straight back from that defeat to Wolves four days later by producing their best display of the season in an impressive 3-0 win at Aston Villa.

“This is just the beginning, so hopefully we can repeat this. We’ve had many good games in my time here.

“I remember a couple of games we dominated so much, but they were mostly in the Championship, this is different, this is Premier League.

“It was a great game (at Villa) and we got a couple of days off after and then we started preparation for the Leicester game. Hopefully we can play the same as we did against Aston Villa.”

The Poland international struggled to establish himself at Elland Road before Bielsa’s arrival, but started in each of the Argentinian’s first 92 games in charge.

Klich was rested in Leeds’ penultimate game last season at Derby after the Sky Bet Championship title had been secured, but has been an ever-present in the top flight.

“I’m just trying to do everything that I did in the last two seasons in the Championship, trying to play the same way of football,” Klich added.

“As you can see, we play the same as a team and a lot of individual performances are similar to our last two seasons.

“We want to show that we’re good and we want to prove ourselves in the Premier League.”

In the continued absence of Klich’s midfield partner Kalvin Phillips (shoulder), Bielsa has refrained from confirming his starting XI to face Leicester.