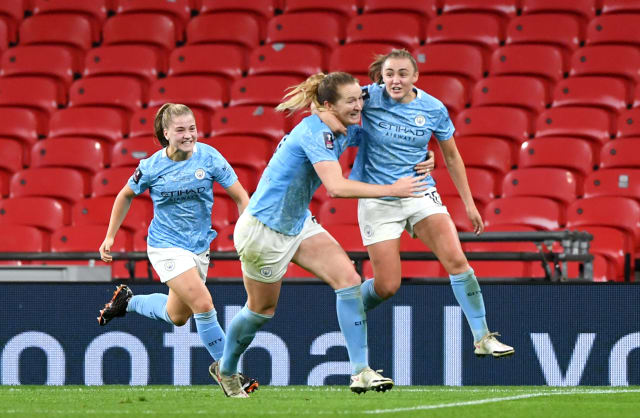 Holders Manchester City beat a battling Everton side 3-1 after extra-time at Wembley to win the 50th Women’s FA Cup final.

Goals in the second half of extra-time from substitutes Georgia Stanway and Janine Beckie secured City a third FA Cup win in four seasons.

Everton had forced another 30 minutes after Valerie Gauvin cancelled out Sam Mewis’ opener, but they were beaten despite an impressive display from goalkeeper Sandy MacIver.