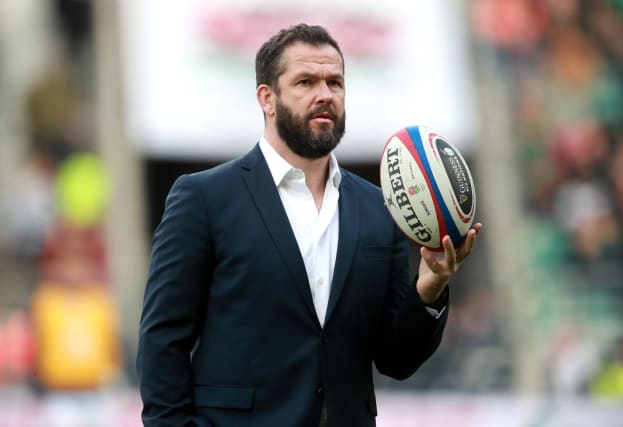 Andy Farrell will send Ireland into the fast-approaching Autumn Nations Cup demanding his players stick to their convictions.

Ireland were bested 35-27 by the resurgent France to end the 2019/20 season’s eight-month Six Nations in third place.

Head coach Farrell’s men arrived in Paris still in slender sight of a fourth title in seven years, but departed empty-handed after a horror-show performance, especially in chance conversion.

Antoine Dupont and Romain Ntamack outshone Conor Murray and Johnny Sexton, with France’s half-backs both running in tries amid a penalty score and a fine effort from Virimi Vakatawa.

Ireland have precious little time to lick their wounds, with their Autumn Nations Cup opener against Wales coming up on the rails in Dublin on Friday, November 13.

And boss Farrell will tell his players they must cement their self-belief before stepping straight into another set of top-level Test matches.

“I actually thought at half-time we were only at 80 per cent, not quite 100 per cent at it and not quite fully believing,” said Farrell.

“That’s what I’m saying about opportunities close to the line, and not quite getting there with our rucking, collision work

“I thought it was OK at times, but you’ve got to make your own luck in games like this against guys like that.

“We didn’t 100 per cent go for it as far as accuracy and physicality, we could have come away with more points in that first-half.

“At half-time you try to correct a few things and give belief, but they scored that try.

“There were quite a few big moments in that game, we had a lineout on their line and came away with nothing at 28-20.

“The set-piece a couple of times, we spilt a few balls, missed touch a few times, there’s an array of things that sap you and give energy to the opposition.”

Cian Healy toasted his 100th cap with a well-bludgeoned finish of a try, Robbie Henshaw conjured a marvellous score out of nothing, and Jacob Stockdale stormed in for a consolation with the final play.

In between all that Ireland were well beaten by Fabien Galthie’s fast-improving French, who clearly already bear many classic hallmarks of a team boasting Shaun Edwards as defence coach.

Asked what went wrong in the wake of defeat, Farrell replied: “Quite a few things actually, I think there were enough opportunities there for us to win two games, and we certainly weren’t clinical enough with the opportunities that we had.

“And if you don’t take your chances in big games like this they you come unstuck eventually.

“It’s an obvious thing to say but we’d enough entries into the French 22 and didn’t come away with the points. It’s as simple as that really.

“At half-time the chat was about belief, it was a little bit off, and obviously they scored just after half-time wasn’t great.

“But we killed our own momentum at times, and that stopped the fluidity.

“The errors we made were across the board, it wasn’t just one area.

“But being clinical in the last third was the main point.”

Ireland could have required a bonus-point win to swipe the title, and that try hunt was evidenced on a number of occasions where the visitors rejected several kickable penalties in favour of punting to the corner.

Scrum-half Murray opened the night by hooking a long-range penalty attempt from his own half, but after that Ireland rarely prioritised shooting at the sticks over seeking tries.

When quizzed on the overall strategy of a tricky night, though, Farrell insisted his players have full licence to make the right decisions in the heat of battle.

“The plan is pretty simple, it’s the feel and flow of the game,” said Farrell.

“And the guys out there have that feel and flow. Conor (Murray) fancied himself, even though it was long-range kick he’d been banging them over for fun in the warm-up and he backed himself to do that.

“You’re probably getting to the point just before HT whether to go for posts or to the corner.

“I back the players to feel what’s right, feel the flow of the game, and I suppose everyone would judge the decision what’s right and what’s wrong.

“But I would more go down the line once you make a decision it’s how you execute that. And those are the bits I’d be critical of.”