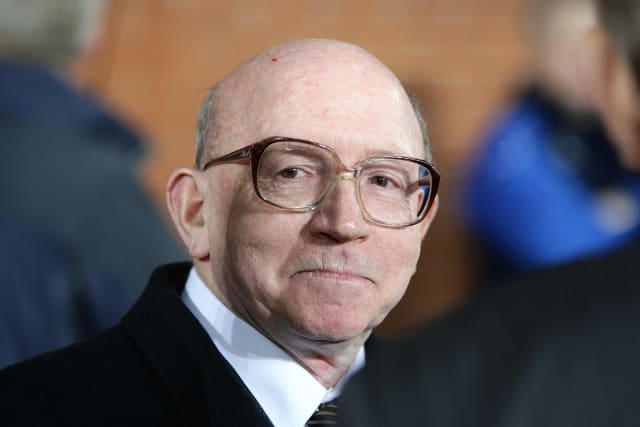 Phil Neville has described Nobby Stiles as a “giant of the game” who “took care of me the way I would want my own son to be treated”.

Stiles, part of the Manchester United team that claimed the European Cup two years after helping England win the 1966 World Cup, died on Friday at the age of 78 after a long illness.

As a coach, the former midfielder worked with the famed ‘Class of 92’ at United, which included taking Neville’s first session with the club, aged 10.

Neville wrote in The Times: “I remember my dad being in awe of him. He could not believe I was being coached by this legend, this World Cup and European Cup winner.

“Nobby was amazing. Probably the nicest, most decent human being who ever coached me.

“You never would have known he was this giant of the game, a hero of English football’s finest hour, because he never talked about it. Or indeed winning the European Cup for the club. His focus was on us, our futures, not his past.

“That group of young players, that class of ’92, were taught how to be United players by Nobby.

“He instilled values that stayed with all of us, I think, not just throughout our careers as players but in all aspects of our lives.

“Nobby was such a caring man. I remember my first game away from home. It was in Anglesea and I was terrified.

“I’d never been away from home without my mum and dad before and it felt like a million miles away.

“He looked after me all day and gave me the man-of-the-match award. He took care of me the way I would want my own son to be treated.”

Neville said Stiles “meant so much to all of us”, and the England Women boss added: “As Gary (Neville) said, he taught us how to fight for everything in that red shirt, and we will always be grateful to Nobby for that.”