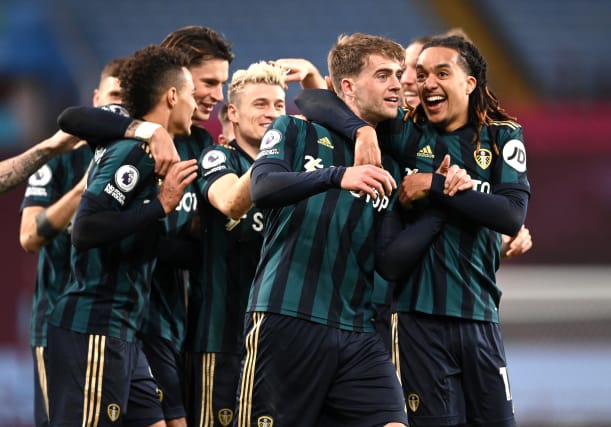 Marcelo Bielsa has refused to speculate on whether in-form striker Patrick Bamford should be considered for an England call-up.

After scoring in each of Leeds’ first three matches, Bamford fired a brilliant hat-trick in last week’s 3-0 win at Aston Villa, but Bielsa has chosen not to join in the debate.

“The national team manager looks at all the players that can play in a certain position and he has the possibility to compare them all,” Bielsa said.

“He would be the more adequate person to make this contribution as he compares all the players, while all the other managers are concentrating on their own team.

“All I can say is I would be very happy if Bamford is under consideration, but as I explained to you, I can’t have an opinion on this.”

Bamford scored only once in 27 previous Premier League appearances before winning promotion with Leeds last season.

He failed to score during loan spells from Chelsea at Crystal Palace, Norwich and Burnley and scored his solitary top-flight goal until this season for Middlesbrough in 2017.

A section of Leeds fans have been highly critical of Bamford’s conversion rate since his arrival at Elland Road in 2018, but Bielsa has so far been rewarded for pinning his faith in the 27-year-old.

Bielsa has made no secret of his admiration for the striker’s all-round contribution, but would not be drawn on whether his rich vein of form warranted closer inspection by England boss Gareth Southgate.

“I would have to have watched all the other strikers who have the opportunity to be picked,” the Argentinian said.

“To do this comparison is a very difficult task and there is a person responsible for taking these decisions and I would consider it wrong on my part to make a conclusion on his behalf.

“If you ask me whether Bamford is a good player I would tell you yes, but if you were to ask me to compare him to all the other English strikers, I wouldn’t be able to.”

Leeds’ bid for a fourth Premier League win of the season on Monday night against Leicester at Elland Road has been boosted by the return to contention of skipper Liam Cooper following a groin injury.

It remains to be seen whether the centre-half will go straight back into the starting line-up, or Bielsa sticks with the same XI who finished at Villa Park.

Pascal Struijk started in midfield in Kalvin Phillips’ absence only to be replaced by Jamie Shackleton in the 21st minute after the Dutchman went dangerously close to receiving a second yellow card.

Phillips (shoulder) and defender Diego Llorente (groin) are still out, while Raphinha is in contention to make his first start.