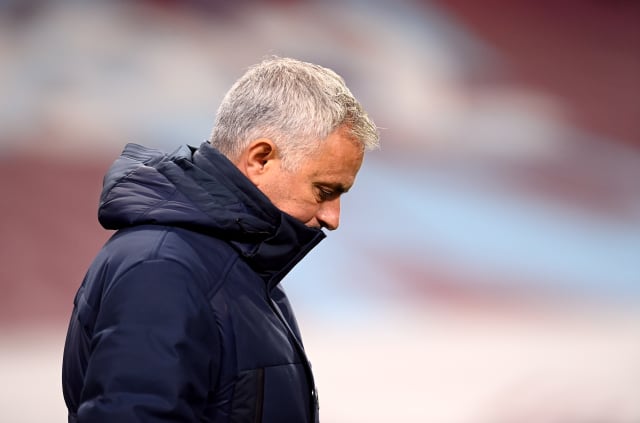 Tottenham boss Jose Mourinho expects a reaction from his side to Thursday’s Europa League loss at Royal Antwerp when they face Brighton.

Spurs slumped to a 1-0 defeat in Belgium after Mourinho made nine changes and even bringing on the likes of Harry Kane and Son Heung-min could not alter the outcome.

Mourinho was not shy in his criticism after the match and believes his group will respond as a team in the Premier League match against the Seagulls.

“Nothing changed for me, everything is the same since day one,” he said. “For me, always and always the team is the most important thing.

“Even in the worst moment against West Ham or after defeat against Everton, our team was a team, reacted as a team, lived the days after as a team, prepare the next challenge as a team.

“I am really happy because one year more or less since we arrived, there was, in our opinion, a great evolution in the team at every level.”

Spurs will welcome back Eric Dier and Tanguy Ndombele for the game after they missed the trip to Belgium, meaning Japhet Tanganga is the only injury absentee.

Tanganga is finding himself in a difficult run of injuries after he was struck down with a thigh problem just weeks after recovering from a stress fracture in his back.

Mourinho is backing the youngster to come back stronger.

“Tanganga is the only player we really say has an injury or is in treatment from quite an important injury,” he said.

“Very unlucky kid. He had a problem from before lockdown then hard work to get back. He played (against) Chelsea in the cup and then this injury.

“But he’s coming. Great professional, great sense of responsibility and he’s working well to come back.”