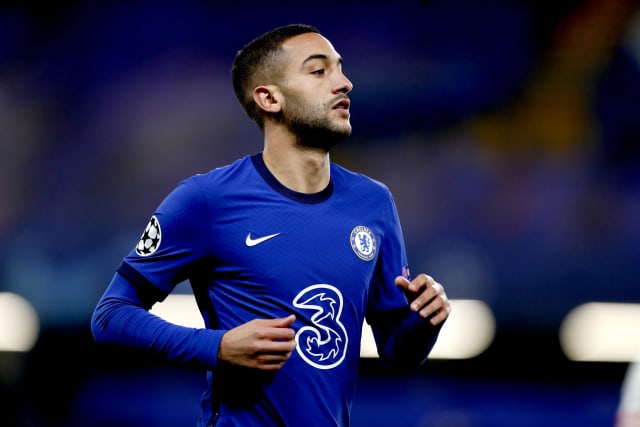 Chelsea new signing Hakim Ziyech starred in an away 3-0 win at Burnley, while Manchester City recorded a 1-0 win at Sheffield United.

Ziyech scored one and set another up on his full Premier League debut, first with a strong drive in the first half, before providing the assist for Timo Werner when Chelsea struck their third later on.

It was a dream start for the Moroccan, who had already netted on his first start for the club in midweek during a 4-0 win at FC Krasnodar, and he impressed again on his domestic debut.

Either side of those two goals, Kurt Zouma powered in a Mason Mount corner to diminish any possibility of a Burnley fightback.

The result propelled Chelsea into the top four, while Burnley remain at the other end of the table with just one point from six games.

Chelsea were forced into a last-minute chance before kick-off after Christian Pulisic pulled up in the warm up, with Warner replacing the American in the starting line-up.

Kyle Walker marked his 100th Premier League appearance for Manchester City with the only goal of the game against his former club Sheffield United.

Pep Guardiola’s team made the decisive breakthrough in the 28th minute, having seen a host of chances pass them by, when Walker’s 25-yard strike skidded off the wet grass and into the bottom corner.

The Sheffield-born former Blade chose not to celebrate his matchwinner out of respect for his boyhood club, despite it being his first goal in almost a year.

Sheffield United goalkeeper Aaron Ramsdale made some important saves having been called into action for the first time in the eighth minute, but was able to keep his side’s deficit to a minimum, making seven stops during the game.