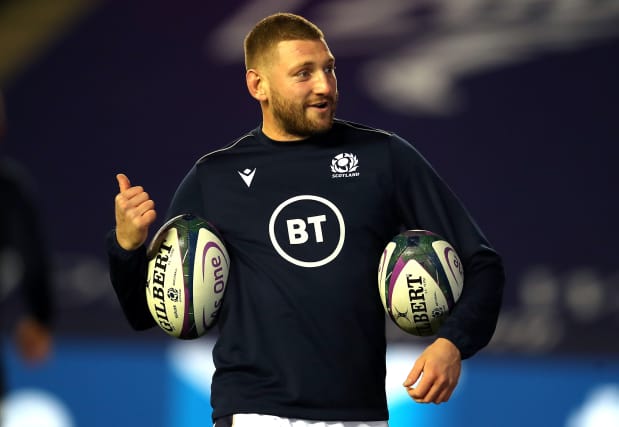 Scotland face a potential outside-half crisis ahead of the Autumn Nations Cup amid fears that Finn Russell might require surgery.

Gregor Townsend’s side claimed a third successive win in the delayed 2020 Guinness Six Nations Championship with a 14-10 win over Wales in Llanelli, Scotland’s first win on Welsh soil since 2002.

But the win was marred by injuries to Russell and Adam Hastings, with both fly-halves forced off before the final whistle.

Racing 92 star Russell lasted little more than half an hour and his replacement Hastings had to come off in the final 10 minutes.

“Finn is in more pain than Adam. He was involved in a tackle and his leg just went to the side,” said Scotland head coach Townsend.

“He felt something go in his groin/adductor. It’s similar to what Grant Gilchrist did over in Munster with Edinburgh.

“A couple of days later he thought he would be OK but that wasn’t the case – he’s had to have surgery.”

“Adam sub-luxed his shoulder twice in the second half. The first went back in quite quickly and he carried on, but the second one he had to be removed from the field of play.

“Hopefully it won’t keep him out too long.”

Scotland have now won four games on the bounce wins with post-lockdown victories over Georgia and Wales coming on the back of Six Nations successes against France and Italy.

They will return to action in the Autumn Nations Cup with group games against Fiji, France and Italy before the end of November.

Full-back Stuart Hogg finished the Wales game at outside-half and Townsend says he has options there if Russell and Hastings are ruled out.

“James Lang has played a fair bit of 10, but we felt it was a case of the fewer the changes, the better,” Townsend said of Hogg’s move to outside-half.

“Scott Steele played 10 minutes on the wing for Harlequins a few weeks ago and Hoggy can move in at first receiver within games.

“We’ve got options at 10, Duncan Weir has been playing really well and Jaco van der Walt becomes qualified for France or Fiji.

“We’ve got a week off to reflect on that and see where Finn and Adam are.

“We’re hoping their injuries aren’t serious but it does look quite bad just now.”