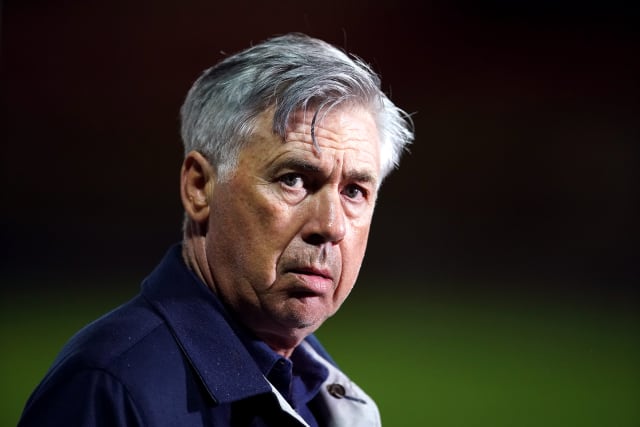 Everton boss Carlo Ancelotti has called on his whole squad to pull together and help the club achieve their goals this season.

The Toffees travel to Newcastle on Sunday having been top of the Premier League table heading into the weekend.

Defeat at Southampton last time out ended a fine run of form for Ancelotti’s men – who will be without summer signing and talisman James Rodriguez for the trip to the north east.

The Colombia international will be rested, while fellow forward Richarlison is suspended – as is full-back Lucas Digne following his dismissal in the loss at St Mary’s.

With captain Seamus Coleman also absent due to a hamstring complaint, Ancelotti will have to shuffle his pack against Newcastle.

That could see the likes of 19-year-old Anthony Gordon come into the side and, when asked about the midfielder, Ancelotti insisted all of his players have to be ready to play their part – no matter how small their role may be.

“The fact we have players out – it is important to know the quality of the squad,” said the Italian.

“There is an opportunity for other players to play and show their quality to help the team stay at the top.

“Anthony Gordon has the same possibility to play as the other players in the squad.

“It doesn’t matter if you play five minutes, you have to help the team in those five minutes. This is what really matters, not to be in the first XI.

“For sure, I am not going to finish with this first XI, it never happened that I started with XI and finished with XI – I am used to using all three substitutions.”

Ancelotti did confirm Rodriguez would return to face Manchester United next weekend, with Everton hoping to be at least six points clear of Ole Gunnar Solskjaer’s side heading into the contest.