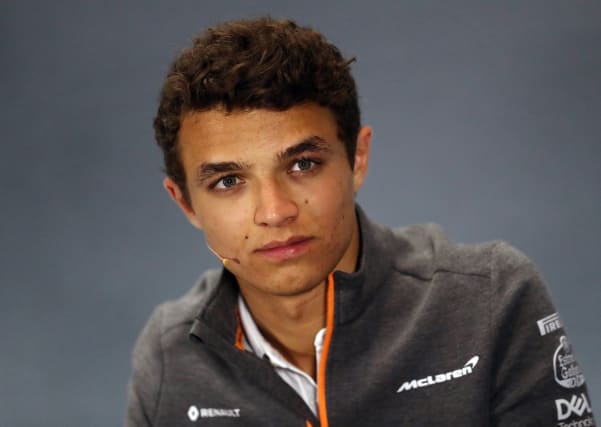 Lando Norris has revealed he sent a message to Lewis Hamilton apologising for the comments he made in the wake of his countryman’s record-breaking win.

Speaking after the race, Norris said: “It doesn’t mean anything to me really. He’s in a car which should win every race. He has to beat one or two other drivers, that’s it.”

But Norris backtracked on his post-race comments, calling them “stupid and careless” in a message posted on social media earlier this week.

Elaborating ahead of this weekend’s Emilia Romagna Grand Prix, the McLaren driver, competing in his second season in the sport, said: “I sent Lewis a message to apologise.

“I don’t know if he knew about it at the time but I never meant to say something like that in a bad way or put any bad light on him at all.

“I respect everything he’s done to achieve what he’s done. It’s incredible no matter what.

“It’s just the way I put it was not the way I wanted it to come across. I said what I said, I apologised and I’ve just got to move on.”