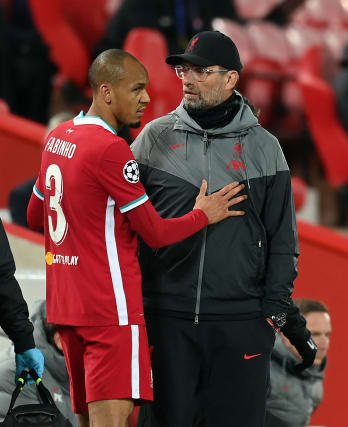 Jurgen Klopp insists he is “excited” by the challenge Liverpool face as their injury list mounts.

The Reds confirmed on Friday that key defender Virgil Van Dijk has undergone successful surgery on the knee ligament injury he suffered against Everton earlier this month.

And Klopp’s problems intensified when Fabinho, Van Dijk’s defensive replacement, sustained a hamstring injury which will rule him out against West Ham on Saturday evening.

Klopp concedes Liverpool’s packed fixture schedule makes them susceptible to picking up injuries, but he is ready to embrace the challenge.

“If you overcame the first impression of the incident then it’s all about solutions. The solutions I am excited about.

“Do I see the challenge in the situation? Yes. Do I see it as an opportunity? Yes.

“But still we play games every three days and this will stay a challenge. I am fine, we are fine. We will deal with the situation and make the best of it. That’s the plan.”

Van Dijk underwent surgery in London and Liverpool are not putting any timeframe on the Dutchman’s recovery.

Klopp added: “After surgery – and it was successful, which is really the best news you can get – this time is always unpleasant.

“You don’t just wake up and everything is fine, you still feel the surgery. But he’s as good as can be.

“It’s clear to say he is a quick healer. That’s all clear, all these things help.”

Liverpool contacted the Premier League in the wake of the VAR controversies in the Merseyside derby, during which Van Dijk was injured by a reckless challenge from Everton goalkeeper Jordan Pickford.

But Klopp did not want to divulge what feedback they received.

“I don’t want to talk about this anymore, I would if it would change anything but it doesn’t,” he said.

“I don’t know if the world is in a place right now where we need to keep this story going. Yes we still feel something about it but nothing that will happen will change that. We can’t from now on look backwards.”

Liverpool face a West Ham side in fine form with eight points from four matches but they will be missing their talisman, striker Michail Antonio, through injury.

His likely replacement, record signing Sebastien Haller, has yet to adapt to life in the Premier League but he is a player Klopp knows well.

“Antonio has had sensational season so far and if they miss him it doesn’t help,” he said.

“But even if you don’t know him so well in England, Haller came from Germany and played an incredible two seasons at Frankfurt.

“He is a different type but he is a good footballer, quick, physically strong in the air, and they have different options because West Ham did some smart business.

“It looks like it’s all starting to click really. David Moyes is doing a really good job and we will face a proper fighting unit. One player less will not make it easier for us.”