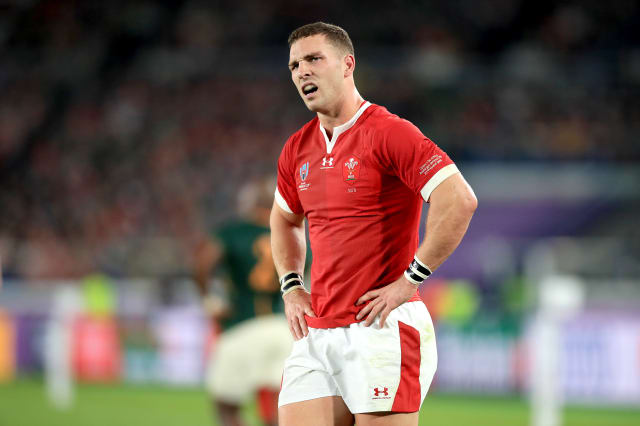 Wayne Pivac admits it was an “easy call” to drop George North for Wales’ Guinness Six Nations finale with Scotland.

North was in line to make his 100th Test appearance on Saturday, with three appearances for the British and Irish Lions on top of his 96 Wales caps.

But the 28-year-old Ospreys wing has paid the price for a poor performance in Wales’ friendly defeat to France last weekend.

“It was quite an easy call really,” said head coach Pivac after recalling Liam Williams in place of North, one of six changes from that 38-21 loss in Paris.

“I had a good chat with George the evening before we named the team.

“We had plenty of time to rethink it if we wanted to, but the fact of the matter is George was across it. He was the first to put his hand up and say he wasn’t happy with that performance.

“We were all on the same page in selecting him, but not every selection comes off and on this particular occasion George didn’t play his best game of rugby. It’s as simple as that.

“Was it a hard decision to leave him out? No it wasn’t.

“Will he have the ability to play his way back in? Yes he will because of what we do in training.”

North was considered ready for international action despite his lack of game-time after being sent off against the Dragons in the Guinness PRO14 on August 23.

He was given a four-week ban for a dangerous tackle less than 15 minutes into the Ospreys’ first game for more than five months because of the coronavirus pandemic.

“The timing with the red card was unfortunate for George and you don’t get every selection bang on every single time,” Pivac said.

“The last form he showed for us was against England (in March), and that was the best performance I’ve seen from him for a while.

“We’ve been doing a lot of work with George both on the pitch and on the mental side of the game. He is in a very good space. With his fitness testing he got the opportunity to play last week.

“Some thought he might have had a club game, but we felt he was good to go. It turned out he wasn’t as sharp or focussed as he wanted to be and he freely admits that.

“We’ll do more work with him in the training environment before we put him out next to make sure he’s good and we don’t miss out on anything.”

Centre Owen Watkin and scrum-half Gareth Davies have also won recalls, with Nick Tompkins and Rhys Webb dropping out, and there are also three changes in the pack.

Tomos Francis, Exeter’s double-winning prop, takes over from Samson Lee and Wasps second-row Will Rowlands has a first start in the second row.

Lewis-Hughes originally joined the squad as training cover, but injuries to Ross Moriarty, Josh Macleod and Josh Navidi opened the door and he has been preferred to Scarlets flanker James Davies.

The 23-year-old starts as captain Alun Wyn Jones becomes Test’s rugby most capped player with 149 appearances – 140 for Wales and nine for the British and Irish Lions.

On Lewis-Hughes, Pivac added: “In the words of Alun Wyn Jones he said ‘I’ve been waiting 15 years for someone like Shane to come along’. It’s pretty high praise to come from our captain.

“If you look at Alun Wyn in terms of his preparation, the way he trains, and the way he reviews and previews his opposition, Shane is a clone.

“He’s been leaving the team room at 9.30 to 10pm each night. He’s doing his homework and everything Alun Wyn Jones does. He’s taken him on as a bit of a project.

“He’s got some good raw ingredients, he’s a tough bugger and he throws himself about at training. He’s willing to learn and he’s very coachable.”