JJ Williams – ‘the fastest wing in the world’ 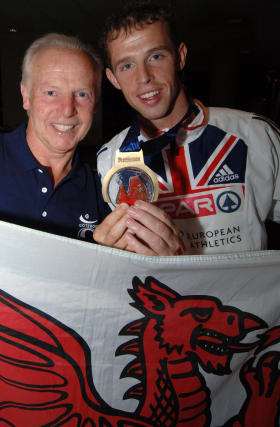 John James Williams was one of rugby union’s finest finishers who will simply be known as ‘JJ’ as long as the game is played.

Williams, who has died at the age of 72, excelled in athletics and rugby and it was as a key part of the success of Wales and the British and Irish Lions during the 1970s that he will be remembered.

With John Peter Rhys Williams (JPR) behind him at full-back for Wales and the Lions, the pair’s initials became part of Welsh culture and rolled off the tongue in the same way that JJ flew down the wing.

“He was undoubtedly at his peak, the fastest wing in the world, and there were few who could compete with his work rate,” the Wales captain Phil Bennett wrote of Williams in his autobiography.

“Bobby Windsor, the Welsh hooker, never ceased to be amazed at JJ’s speed in being first to the line-out, no matter where play had been.”

John James Williams was born in the Llynfi Valley village of Nantyffyllon in April 1948 and educated at Maesteg Grammar School.

He moved on to Cardiff College of Education, a hotbed of sporting excellence which had produced the likes of rugby great Gareth Edwards, who would become a Wales and Lions team-mate, and Olympic long jump champion Lynn Davies.

Williams was a PE teacher at his former school and shone first at athletics. He represented Wales in the sprint relay at the 1970 Commonwealth Games in Edinburgh and became national sprint champion the following year.

But he gave up his athletics career to focus solely on rugby and the move paid off when leaving Bridgend to join Llanelli.

Williams was part of the Llanelli side that wrote itself into Welsh rugby history by defeating the New Zealand All Blacks 9-3 at Stradey Park in October 1972.

He won his first Wales cap against France in Paris in 1973 and was selected for the Lions’ tour to South Africa in 1974.

Williams revelled on the hard fields of South Africa where his trademark ‘kick and chase’ proved a potent weapon the Springboks could not stop.

In a 97-0 victory over the South West Districts at Mossel Bay, Williams equalled David Duckham’s record of six tries in a single Lions game.

Williams was also prolific in a Test series the ‘invincible’ Lions won 3-0 and the first South Africa had lost at home for 78 years. He scored two tries in the second and third Test wins in Pretoria and Port Elizabeth.

Ten Lions have scored two tries in a Test match, with Williams and Malcolm Price, a dual-code Wales international of the 1950s and 60s, the only players to have achieved the feat twice.

Williams also toured New Zealand with the 1977 Lions and his try was the difference in a second Test the tourists won 13-9.

Five Test tries in seven appearances placed Williams second on the all-time Lions list behind Ireland’s Tony O’Reilly, who scored six on the tours of 1955 and 1959.

After his playing days he ran his own commercial and industrial painting company and was a forthright and respected rugby commentator and pundit for BBC Wales.

He was inducted into the Welsh Sports Hall of Fame and awarded an MBE in 2012 for his services to rugby and to charity.