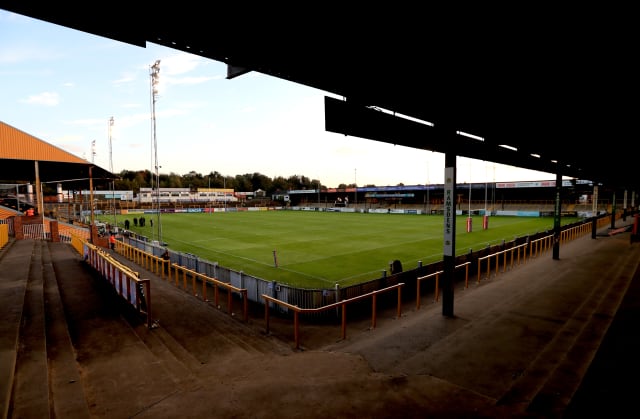 Friday’s Super League clash between Huddersfield and Castleford has been cancelled after the Tigers reported 12 positive coronavirus cases.

The tests were carried out on Tuesday, one day after Castleford were beaten by Leeds in their Super League match at Headingley.

In a statement, the Rugby Football League said: “The RFL and Super League will today liaise with Public Health England, Castleford Tigers and the Tigers’ last opponents, Leeds Rhinos, before the Multiple Case Group meets to consider the data and decide next steps.

“Super League and the RFL are actively exploring all options and will make a further announcement as soon as practicable.”

Earlier this week, Catalans Dragons were forced to cancel their scheduled match against Warrington in Perpignan after more of their players tested positive for the virus, raising concerns over their ability to complete the season.

The latest developments also raise questions over the practicability of staging the play-off semi-finals, scheduled for November 20, and the Grand Final at Hull’s KCOM Stadium a week later.