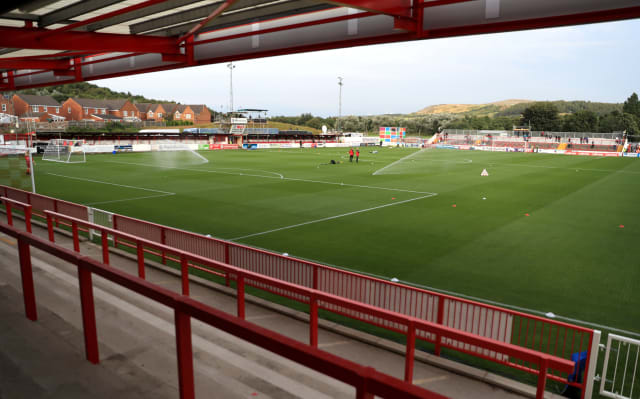 Scunthorpe’s next three games have been postponed due to their coronavirus outbreak while Accrington’s next two matches have been called off.

The Irons’ Sky Bet League Two outings against Salford, Colchester and Port Vale have been suspended.

Stanley’s Sky Bet League One visit of Plymouth this weekend and next Tuesday’s trip to Hull have also been called off.

Scunthorpe confirmed that eight players have tested positive for the virus and, with 10 others forced to self-isolate as a result, they are in no position to fulfil their fixtures.

A club statement said: “Following testing on Monday, a total of eight players have now tested positive for COVID-19, with a further 10 having to self-isolate due to coming into close contact with those particular players, leaving just 10 players available. As a precaution, training for the unaffected players and staff will also cease for seven days.”

Eight Stanley players also tested positive for coronavirus last week along with a member of staff, forcing the postponement of Saturday’s visit of Bristol Rovers.

Accrington’s game at Swindon on Tuesday night had also been cancelled following positive coronavirus cases at both clubs.

An EFL statement read: “The decision follows the recent positive Covid-19 tests and the requirement for players and staff to self-isolate for between 10-14 days as per EFL and Government guidance in order to mitigate against the risk of further infection.