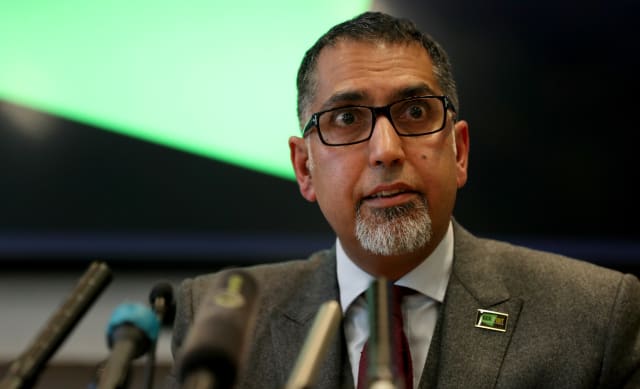 Campaign group Kick It Out has welcomed the Football Association’s new diversity code and said it will be closely monitoring its affect on the football industry.

The code, which is voluntary, asks clubs to hit targets in coaching positions as well as senior management roles and so far 42 clubs from across the Premier League, English Football League, Women’s Super League and Women’s Championship have signed up.

Kick It Out chair Sanjay Bhandari said: “We welcome the Football Leadership Diversity Code, published today by The FA. It shows what football can achieve when we work as a team.

“I applaud all the clubs and individuals who participated in this massive joint effort over the last three months and those who have immediately signed up to the Code.

“The Code is a clear signal of intent and sets the future direction for building a more inclusive game.

“It has the potential to transform the way that people get in, stay in and get on in the football industry, so that it is more representative of the people who play and watch the game.

“Together we can rewrite the book on how people succeed in coaching and leadership in the game.”

Bhandari said the new code was only the beginning of football’s bid to become more inclusive.

“There is more work to be done,” he said. “At Kick It Out, we will be asking fans and sponsors to encourage their clubs to sign up to the Code.

“We will be seeking to provide the reporting transparency that tracks how football is progressing against these targets in the coming years.

“We will also work with the industry to ensure that the diverse pipeline of talent is better connected to opportunities.

“We know that talent is evenly distributed, but opportunity is not. We need to correct that imbalance.”

The Premier League offered its full backing to the new code and said it was already adhering to its guidelines.

“The voluntary code complements the significant work the League and its clubs have already undertaken, demonstrating our collective and continued commitment to promoting equality, diversity and inclusion across the game.

“We firmly believe there should be no barrier to entry or opportunity in any area of football.

“Working alongside our colleagues at the FA, EFL, PGMOL, PFA, LMA and Kick It Out we will continue to improve policy and practices to tackle underrepresentation with the aim of creating sustained and long-term change.”