Pittsburgh Steelers stay unbeaten as they edge past Tennessee Titans 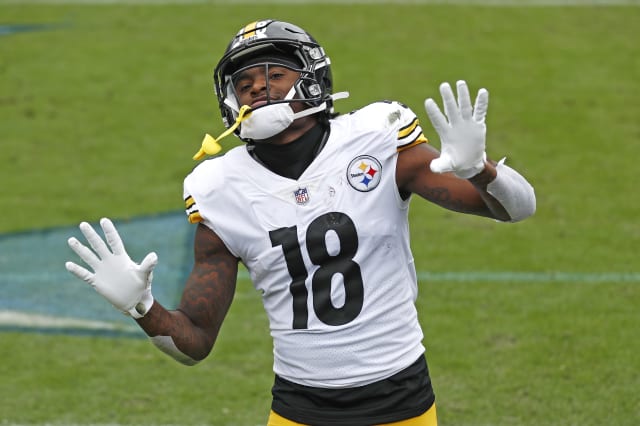 The Pittsburgh Steelers claimed a 27-24 victory over the Tennessee Titans in a tense battle of unbeaten NFL sides on Sunday.

Pittsburgh scored on their first two drives, through a Diontae Johnson catch and Benny Snell’s close-range run, before the Titans responded through Corey Davis.

The Titans were earlier fined 350,000 US dollars (£270,000) for breaches of coronavirus protocols after multiple positive tests led to the fixture being postponed from its original week four slot.

The Cleveland Browns edged out the Cincinnati Bengals 37-34 to stay close behind the Steelers and the Baltimore Ravens in the AFC North at 5-2.

Browns receiver Odell Beckham Jr was forced off by an injury attempting a tackle after Baker Mayfield’s first pass was intercepted for the second straight week, leaving tight end Harrison Bryant to lead the offense with two touchdown grabs.

Drew Brees threw a touchdown to Jared Cook and leapt over the line for another and though Carolina responded with a DJ Moore double, Deonte Harris restored the lead right on half-time.

Green Bay, without injured running back Aaron Jones, relied on the passing game in a 35-20 win over the Houston Texans to move to 5-1.

Matthew Stafford hit TJ Hockenson for the decisive touchdown as the Detroit Lions won 23-22 against the Atlanta Falcons, whose running back Todd Gurley scored twice in a losing cause.