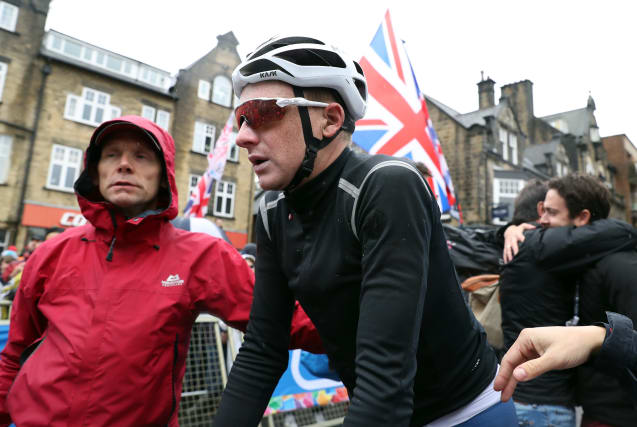 Tao Geoghegan Hart moved into a strong position to win the Giro d’Italia after claiming his second stage win in Sestriere.

The 25-year-old Londoner pipped his closest rival Jai Hindley over the line and will start Sunday’s final individual time trial with the same time as his Australian rival.

Hindley did just enough to take the race leader’s maglia rosa from his Team Sunweb team-mate Wilco Kelderman, who had started the day with a 12-second lead but fell away on the penultimate lap of a belatedly revised stage.

Pushed along by his Ineos Grenadiers team-mate Rohan Dennis, who had relentlessly worked to split the leading contenders, Geoghegan Hart repelled a series of attempted breaks by Hindley before bursting over the line to claim the 10-second winner’s bonus.

Geoghegan Hart, who out-performed Hindley by more than a minute in the previous time trial on stage 14, is now favourite to become the latest and arguably most unlikely British winner of a grand tour.