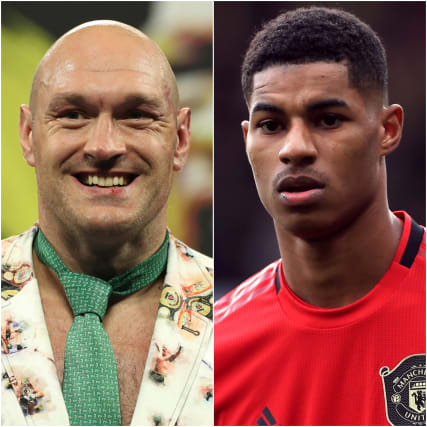 Here, the PA news agency looks at some of the best examples from October 24.

VVV-Venlo had a day to forget.

The former Villa forward took the banter in good spirits before hitting back!

The Whites’ squad did their bit to help.

Their owner was delighted with their generosity.

Rashford called for everyone to pull together.

What a goal from Michail Antonio!

He was buzzing with it.

Wilfried Zaha made fun of his own injury!

Michy Batshuayi was forced to say sorry to his Palace team-mate!

Another game, another disallowed goal for the Belgian, too.

It was also Wayne Rooney’s birthday.

Cristiano Ronaldo soaked up the sun.

Saints had some fun.

Edinson Cavani was looking forward to his debut

Although he could not inspire Manchester United to victory.

Your new boyband is here!

Tyson Fury had a big announcement to make.

Lewis Hamilton was pleased with his day’s work