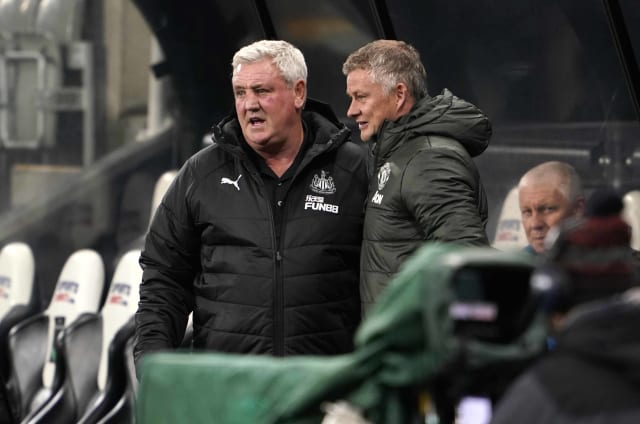 Steve Bruce has praised the generosity of Newcastle fans who donated more than £20,000 to a city food bank rather than pay to watch the Premier League clash with Manchester United on television.

Supporters, furious at being asked to hand over £14.95 to watch pay-per-view coverage of Saturday night’s 4-1 defeat at St James’ Park, answered a call to boycott the match and donate the cash instead to the Newcastle West End Foodbank.

By Monday evening, in excess of £20,000 had been raised after a social media campaign under the hashtag #CharityNotPPV publicised the drive, which received contributions from followers of rival clubs and others around the world.

Geordie Bruce said: “It epitomises the north-east and how good the people are. It’s a wonderful, wonderful gesture and in these really, really hard times for everybody, then fair play to the people who have tried to help others because we know how tough it is.

“The north always seems to have it more tough, especially up here. Thankfully, the infection rate looks as if it’s going down a bit, so hopefully we can stay away from Tier 3 for everybody, but we’ve been under restrictions for a long, long time up here, so fair play to the people of the north-east.

“That’s when the true grit of the north-east and the Geordies is second to none. They try to help each other as best they can. It’s fantastic to see.”

The initiative, which came as Manchester United striker Marcus Rashford continued his campaign to provide free meals for children during school holidays, has since been taken up by supporters of other clubs, including Leeds, Burnley, Manchester United, Manchester City, Tottenham and Aston Villa.

Newcastle supporters were particularly angry at the decision to screen games on a pay-per-view basis with many still awaiting refunds for season tickets for games they have not been able to attend while already forking out for television packages.

Premier League matches in October which have not been earmarked for regular televised coverage can only be watched live via Sky Sports or BT Sport box office services for a fee of £14.95.

The move has been widely criticised by fas and a petition urging the scrapping of the scheme has been launched on change.org.

Broadcasters have not released audience figures for the paid-for content which has already been screened.