Pele at 80: Alan Mullery recalls star you ‘would not have enough money to sign’ 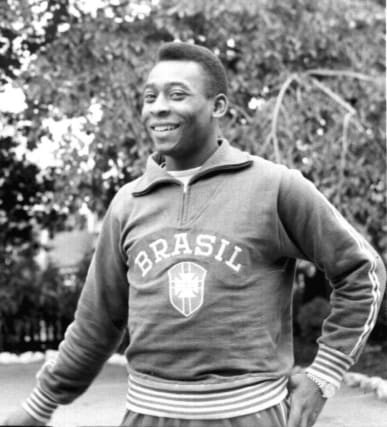 No football club in the world today could afford to buy Pele in his prime, according to former England midfielder Alan Mullery.

Pele turned 80 on Friday, with tributes coming in from across the globe for the three-time World Cup winner.

Mullery went head-to-head with Pele and the talented Selecao side in the group stage at the 1970 World Cup in Mexico.

Holders England were beaten 1-0 in Guadalajara – with goalkeeper Gordon Banks having pulled off a wonder save to deny the forward what looked a certain goal.

Defensive midfielder Mullery, who went on to make 35 international appearances and also captained England, struck up a strong bond with Pele from their on-field battles – during which the 78-year-old admits he often tried to “kick lumps” out of the Brazilian maestro.

“Pele was so good in all departments, he was quick, he was strong, he had two feet, he was just something really special,” Mullery told the PA news agency.

“When you think of a 17-year-old kid playing in a World Cup final and scoring, then he went on to play over 1,000 games. It was absolutely amazing really – and people like me were trying to kick lumps out of him.”

Mullery recalled: “The first time I played against him was in 1969 before the World Cup when England went on tour to South America, and we finished with a last game against Brazil at Maracana with more than 100,000 people there.

“(England manager) Alf Ramsey used to say to me ‘for their best player, you be around him all of the time, because if we can stop their best player dictating the game, then we will have a better chance of winning’, so that was my job basically.

“I had to follow Pele everywhere, and we got to know each other very, very well during that game, because I was doing my job – but he was not liking it!

“When the 1970 World Cup came around, I did exactly the same thing. We got beat 1-0, and he said to me after the game that the only team they feared were England.”

Mullery feels Pele’s unique talent- recognised in Santos with a huge mural painted in his honour by street artist Kobra – made him a priceless asset.

“You would not have enough money in football to sign him,” the former Fulham and Tottenham midfielder said.

“When I see now people being sold for £100million and things like that, with this fellow, I don’t think there would be a club with enough money to buy him, because he was so much better than everybody else who played with him and against him.

“When you look at Pele at that time, there were a lot of good players around, like Bobby Charlton for England, but you cannot think of many players now of that ability.

“Of course (Lionel) Messi comes to mind because every time I see him play, I don’t watch the game, I just watch him, and they are special, but they are very, very rare.

“Even if people have never seen Pele play, they know his name.”

Brazil went on to beat Italy in the 1970 World Cup final, keeping the Jules Rimet Trophy after lifting it for a third time.

Mullery maintained his close bond with Pele, and they faced off again in a friendly when Santos came to Craven Cottage during March 1973 in front of a 21,400 crowd.

“I had a bet with all the players in the dressing room that I would nutmeg Pele at sometime in the game,” Mullery recalled.

“I think I nutmegged Pele from about 10 yards – and he was laughing about it as well.

“I met him again in London around 10 years ago now at a gala dinner, and he was at one of the other tables.

“When I walked over to talk to him, he looked at the lady sitting next to him, lifted his trouser leg and pointed down, saying: ‘look, that man did this to me!’, then we gave a big hug to each other and reminisced.”

In statement through Manchester United, the 83-year-old said: “I have said it before and I will say it again, I sometimes feel as though football was invented for this magical player.

“A phenomenal footballer and one of the nicest people you could ever wish to meet.