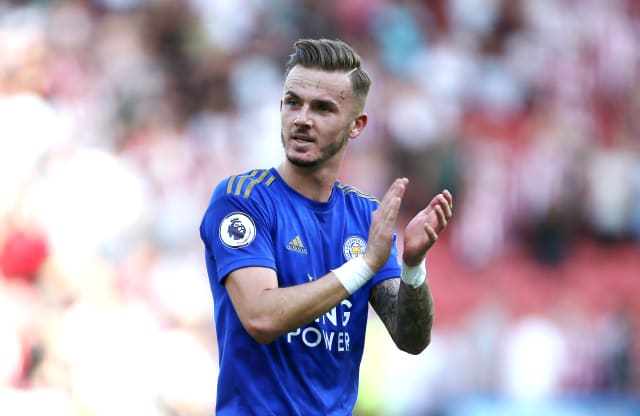 James Maddison has revealed his silverware dreams with Leicester.

The midfielder signed an improved four-year contract in August because he believes he can fulfil his ambitions at the King Power Stadium.

He scored on his Europa League debut as the Foxes beat Zorya Luhansk 3-0 in their Group G opener on Thursday.

Leicester reached the Carabao Cup semi-finals and FA Cup quarter finals last season before finishing fifth in the Premier League and Maddison wants to go to the next level.

He said: “Winning trophies at this club is very realistic. It’s not like I’m just saying, ‘I want to win trophies’ like everyone else does (for the sake of it). It’s a realistic chance with the squad we have.

“We got to a quarter-final and a semi-final last year in the two domestic cups and it’s a realistic ambition of ours. Last year we lost to Villa in the Carabao Cup semi-final and I won’t forget how I felt after that game.

“We conceded late on in the second leg when it looked as though it was going to go to extra-time and penalties.

“All the Villa fans ran on the pitch and it’s a horrible memory. I was so devastated because I wanted so badly to get to Wembley and play in a final, and that made me realise how hungry I am to win trophies.

“We can do that here, we have the squad depth and quality. The Europa League is a great competition to be in and nights like Thursday make us hungry.

“The gaffer showed us a one-minute clip of Sevilla lifting the trophy post-lockdown and the emotion they had, players crying on the pitch, and it gave me goose bumps because that’s the feeling we want.

“It’s why we do this job, to win trophies. At the end of my career I want trophies on my mantelpiece.”

Leicester go to Arsenal on Sunday with Maddison, 23, returning to full fitness after a hip injury.

He made just his second start of the season against Zorya having missed the end of last season following surgery as the Foxes missed out on Champions League qualification on the final day of the season.

“It was really frustrating, a horrible time, one of the worst of my career,” he said. “I’ve been lucky, I’ve never had too many big injuries and that was the first injury I’d had which required an operation so that was new to me.

“I’m not just a footballer who does it as a job, I love football. If you know me and work with me, you’ll know that. I love every detail about football so that was really tough.

“I like to think of myself as a big player and big players are needed in big games. At the end of last season the games didn’t come much bigger, fighting for the Champions League spaces.”