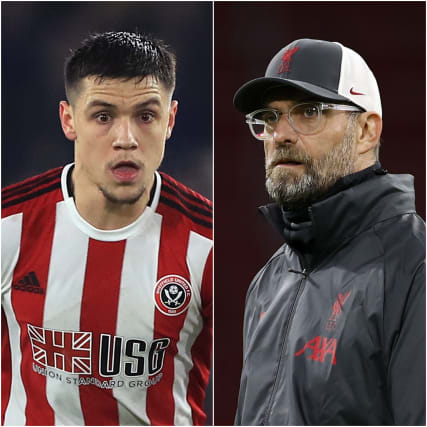 Rumours of a new signing for Liverpool to replace the injured Virgil van Dijk feature in the papers, with the Daily Star saying Jurgen Klopp will look to make a £30m move for OzanKabak from Schalke in the January transfer window.

Meanwhile, Liverpool’s Merseyside rivals Everton will stick with MuhamedBesic until at least January, the Echo says. The Bosnian midfielder has been on the Toffees’ books since 2014 but has struggled for game time and been shipped out on loan. The paper says the 28-year-old has opted against a move to Portugal and will reassess in the winter.

WayneRooney is being primed for his first management role at Derby after suggestions that PhillipCocu‘s exit from the Rams is imminent, reports the Daily Mail. Derby have lost five of their first six games this season and this weekend’s match against rivals Nottingham Forest could seal his fate, the paper adds.

FlorentIndalecio, a former youth player with Saint-Etienne, has been offered a contract at Newcastle, reports the Chronicle.

Mauricio Pochettino could be back in management sooner rather than later and is in pole position to take over at Real Madrid should the LaLiga side ditch Zinedine Zidane, according to AS.

Mesut Ozil: DC United are leading the race to sign the Arsenal midfielder who has fallen out of favour at the Emirates, says the Sun.

Donyell Malen: Arsenal could look to re-sign the 21-year-old after selling him to PSV Eindhoven in 2017, according to the Daily Star.

Denis Zakaria: Manchester United and Chelsea will spar off for the signature of Borussia Monchengladbach’s midfielder, writes the Sun.