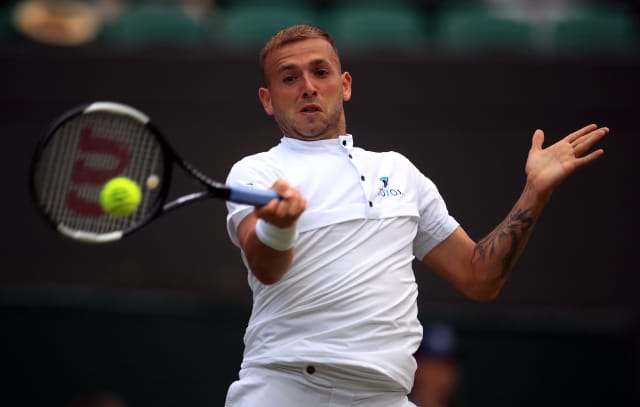 Dan Evans booked his place in the European Open semi-finals in Antwerp after a controversial win over Russian Karen Khachanov, who was lucky to avoid disqualification.

Evans’ hopes of becoming the third successive Briton to win the tournament are still alive after a 3-6 7-6 (6) 6-4 victory over the third seed.

But the match was marred by an explosive rant by Khachanov towards umpire Adel Nour, furious at a line call in a second set tie-break.

Having won the first set, the Russian was looking to get the job done comfortably and thought he had forced a match point when Evans looked to have hit a forehand wide.

There was no call from the line judge and when the umpire did not overrule, Khachanov lost the plot and tore into the umpire.

He said: “It’s a joke, it’s a joke. Everyone can see it was out. Are you drunk today?

“It’s a joke, with these guys you need to see every ball.”

Evans then took the match to a decider at the next point as the Russian kicked the net and then hit the umpire’s chair with his racket before leaving the court.

Players have defaulted for less but Nour remained lenient.

Unsurprisingly, Khachanov was unable to shake his funk and Evans immediately broke in the final set and then saw the win out.

He will play Frenchman Ugo Humbert in the last four, hoping to continue the British dominance in Antwerp.