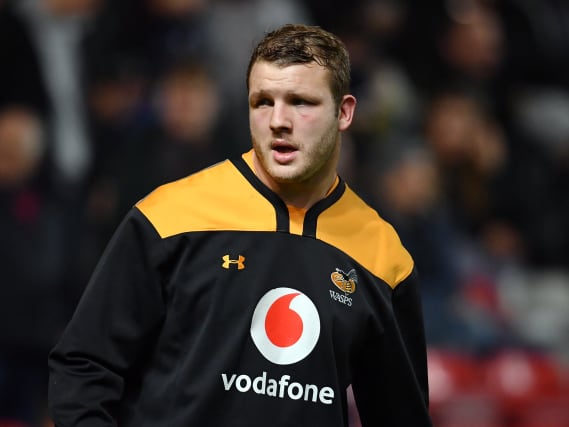 Bristol Bears were placed on standby to face Exeter at Twickenham on Saturday after seven Wasps players and four backroom staff were diagnosed with Covid-19 last week.

But a fresh batch of tests came back negative in the early hours of Wednesday morning and Wasps were given the green light to play.

“It’s been a confusing week with a lot of mixed emotions,” said Launchbury.

“Everyone has had to adjust to things in this period, but if we’re being honest we wouldn’t have predicted what we have had to go through this week.

“We were looking forward to a two-week build-up to this game, getting excited. That’s been taken away from us but I’m really happy with how we have prepared.

“We were finally back in training yesterday so it’s back to being a short prep again.

“The biggest shock was that we’d sailed through having been tested twice a week for the last…however long. We took the results as a bit of a given that we’d be OK. So to get seven positives was a shock.

“But we were always optimistic we could play and we’re delighted we could tick all the boxes and get the opportunity to play.

“Getting to these games is not easy, they don’t come around every year so we were desperate for the opportunity.”

Launchbury was in the Wasps side beaten in extra time by Exeter in the 2017 final and does not want to be on the receiving end again.

“It’s tough. You see a lot of teams lose in the final after all the work it takes to get there.

“To stand up there at the end of the game is always tough to take. When you think about 2017 there are a few of us still here. But in terms of revenge we are a pretty changed outfit from then, and so are they.

“But hopefully we have learned from some of our past – this is our fourth semi-final or final in the last five years, so hopefully that stands us in good stead.”

Scrum-half Dan Robson, exceptional in the 47-24 win over Bristol in the semi-final, was quick to spare a thought for the 11 players ruled out by either injury or coronavirus protocols.

“It’s a tough time. There’s going to be a few guys who aren’t playing who would’ve been playing and to have that in a final week is incredibly tough to take,” he said.

“When the news broke we all locked ourselves inside the house for 48 hours. We had texts to say ‘stay at home’ which was disappointing.

“It was a stressful time. But credit to everyone at the club, they did everything to stop the outbreak getting any further.”

5 talking points ahead of Wales against England