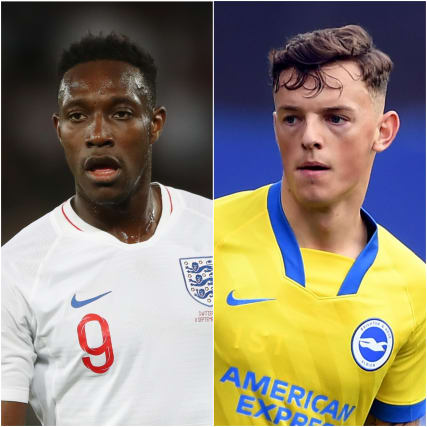 Liverpool could look to enter the transfer market in January to shore up their defence after Virgil Van Dijk’s injury, the Sun says. The paper reports that Brighton’s BenWhite will be among their top targets, with the Seagulls demanding at least £50m for the 23-year-old.

Sticking with rumours from the south coast, and DannyWelbeck turned down a move to Turkey over the summer – and a £140,000-a-week pay packet – to stay in the Premier League with Brighton, says the Sun.

A permanent deal for RossBarkley, who scored in Aston Villa’s 7-2 demolition of Liverpool, is yet to be discussed, says the Birmingham Mail. Barkley, on loan from Chelsea, has scored two goals in two games so far this season.

LucasTorreira, who is on loan from Arsenal at Atletico Madrid, is looking to make his move permanent, says the Daily Star.

Meanwhile, GedsonFernandes is likely to return to Benfica after failing to impress during his loan spell at Tottenham, according to the Sun.

Kylian Mbappe: The 21-year-old could leave Paris St Germain in the summer, with Liverpool or Real Madrid among the likely destinations for the forward, says Le Parisien.

Danny Rose: Tottenham will look to terminate the contract of the England left-back and will open talks with the 30-year-old, Football Insider reports.

Florian Thauvin: The Marseille forward, who is out of contract in the summer, has caught the eye of Leicester, according to the Leicester Mercury.