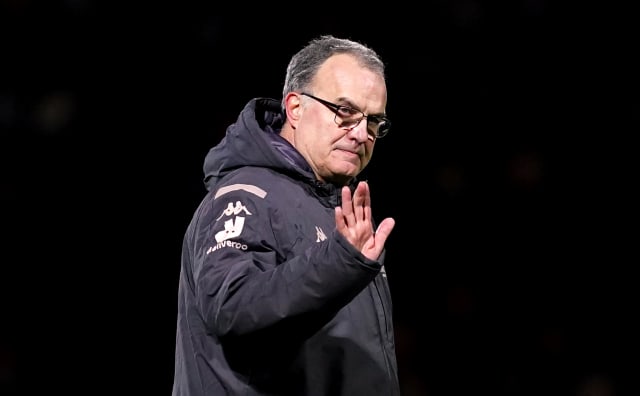 Marcelo Bielsa is adamant he would not hesitate to repeat the act of sportsmanship that earned him last year’s FIFA Fair Play Award – irrespective of the consequences for his club.

Leeds face Aston Villa on Friday night for the first time since their controversial clash in April last year when boss Bielsa ordered his side to allow Albert Adomah to run through and score an equaliser.

Bielsa’s move – which followed a furious response to Leeds scoring a goal whilst Villa’s Jonathan Kodjia was down injured – effectively handed an automatic promotion spot to Sheffield United.

Bielsa insisted: “The decision represents the whole group – this is the kind of conduct we wish to follow independent of whether we win or we lose.

“We would do what corresponds in the situation. The result is not important, it means you are only doing things for your benefit rather than what is right.”

Bielsa’s side head to Villa on the back of a 1-0 home defeat to Wolves on Monday night, when a series of missed opportunities cost them the chance of three points.

And Bielsa has told his players they must work to retain the attacking aura that swept them back into the top-flight, or risk giving more clubs the confidence to excel under pressure.

The Argentinian said: “In a team like us that attacks, it is not good when our attacks don’t create danger.

“When this happens the opponent feels that we are not able to cause them much danger, and this makes the game more even.

“The conclusion is that we understand why we lost the game even though we shouldn’t have, and we dominated the large majority of it.”

Bielsa has injury problems ahead of the trip to Villa Park, with Kalvin Phillips ruled out for a number of weeks after picking up a serious shoulder injury.

Phillips will be replaced in midfield by Dutchman Pascal Struijk, who had stepped in for Liam Cooper on Monday after the centre-back suffered a recurrence of a recent groin injury.

Cooper remains a doubt for the trip to Villa while Diego Llorente is definitely out, also with a groin strain which he sustained on international duty.

The flexibility offered by Struijk is key to Bielsa’s approach as he seeks to get the best from a squad which he insists retains strength in numbers despite the recent injury blows.

“We have many players who can play in a number of positions,” added Bielsa. “Being able to play in more than one position always helps the manager.

“The squad is not small because we have two players per position, and there are no big differences between the two players who occupy each position.

“At the moment we currently have injuries in the same positions but that doesn’t mean we have a small squad. We can also count on the players from the academy who deserve their spot in the squad.”