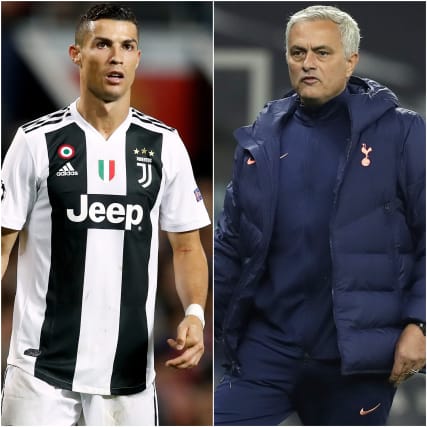 Here, the PA news agency looks at some of the best examples from October 21.

A new trim for Cristiano Ronaldo.

Three was the magic number for Jose Mourinho.

Mesut Ozil had his say.

And then wished Nemanja Vidic a happy 39th birthday.

Ronald Koeman reflected on a good night for Barcelona.

Ben White was in good spirits.

Reece James did his bit for charity.

Michael Vaughan marked his mate Geoffrey reaching 80 not out.

Bristol graciously accepted the news that they would not be involved in the Premiership final.

James Haskell took his book war with Joe Marler up a notch.

Novak Djokovic paid tribute to his son on his birthday.

Usain Bolt was back to work.

Chris Froome was back on his bike.

Formula One remembered Kimi Raikkonen winning the title 13 years ago.