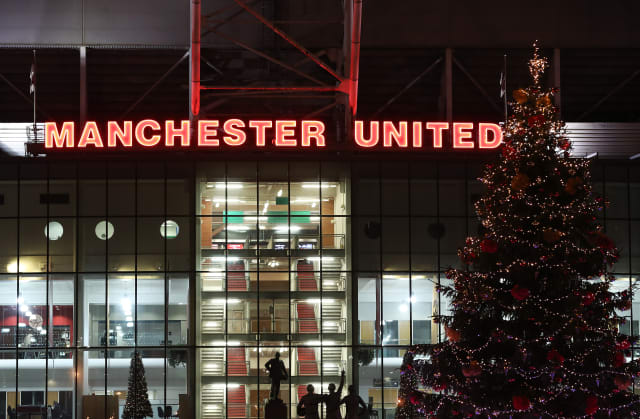 Manchester United’s revenue shrank by almost 20 per cent in the last financial year and the impact of Covid-19 continues to bite, but executive vice-chairman Ed Woodward vowed to continue investing in search of silverware.

The Old Trafford giants provided a glimpse into the financial strain put on elite clubs by the coronavirus pandemic when announcing their accounts up until June 30, 2020.

Woodward said there are “big challenges and uncertainties ahead” as he reflected on the accounts, but stressed that United continue to support Ole Gunnar Solskjaer in his attempts to make the side a major force on the pitch.

“We will never be satisfied at Manchester United unless we are winning trophies,” the executive vice-chairman said after a six-month shirt sponsorship extension with Chevrolet until the end of 2021 was announced.

“But our third-place finish in the Premier League and strong cup runs last year showed that, while there is more hard work ahead and the path is not always smooth, we are making progress.

“We have a clear strategy under Ole to build a successful, committed team, with a core of homegrown talent blended with high-quality recruits, that plays fast-flowing, attacking football.”

Woodward said the need to improve has to be balanced with recognition of “the extraordinarily challenging environment facing us and all football clubs at this time”.

Edinson Cavani, Donny van de Beek, Alex Telles and Facundo Pellistri were signed in the summer, with Amad Diallo to join in January, but United were unable to find a way to bring in England international Jadon Sancho.

Borussia Dortmund wanted 120m euros (£107m) the for player and Woodward pointed out that no deal was done this summer for over 100m euros (£89m) for the first time in five years.

The United chief highlighted that their net investment in new players since the summer of 2019 was over 200m euros (£178.1m) – more than any other major European club – and added: “The bottom line is we are investing and will continue to invest to back our manager.”

However, there is a lot of work to do if United are to become a title-winning football team again and the financial situation does not make for particularly pretty reading.

United had £51.5m cash and £150m of credit available at the end of the financial year, but the £474.1m net debt is a particularly striking figure.

The club say that reflected the impact of deferred sponsorship payments of £80m, the loss of advance matchday revenue for 2020-21 which would typically be in excess of £50m ahead of a Champions League season and an increase in player investment, while their principal debt remains unchanged.

Their accounts show a £23.2m dividends payment to shareholders – a figure signed off before the pandemic – and £26m in net finance costs.

United had projected revenues of between £560m and £580m this year until the pandemic, leading them to withdraw the forecast figure in May due to its effect.

United also suffered substantially as a result of the absence of supporters from Old Trafford from March onwards, with matchday revenue falling 19 per cent to £89.8m.

The club had been preparing to safely welcome approximately 30 per cent of capacity from the start of October and Woodward has questioned the UK government’s contradictory policies on gatherings.

“While we recognise that public health must always be the priority, what is needed is consistency of approach,” he said.

“If people are allowed to sit on an airplane for hours, or in the cinema, or even watch football in a cinema, then why are they not allowed inside a stadium environment, which is professionally managed and controlled?

“If indoor concerts are allowed, why should outdoor, socially-distanced football fans be treated differently?

“Fans are the bedrock of this game and some of the inconsistencies out there are frustrating for them and indeed for the clubs.”