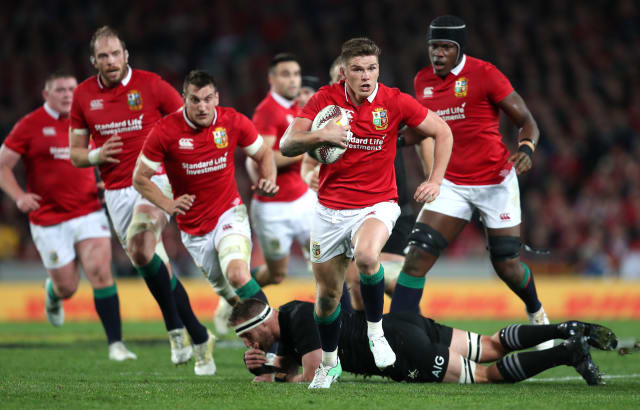 The British and Irish Lions will play Japan at Murrayfield next summer in a curtain-raiser Test match for their 2021 South Africa tour.

The Lions have confirmed June 26 – the same day as next season’s Gallagher Premiership final – for a first meeting in their long and illustrious history against Japan.

The Edinburgh encounter is a week before the Lions’ tour opener in Cape Town, and it will be their first Test appearance on British or Irish soil since drawing 25-25 with Argentina in Cardiff 15 years ago.

The Lions have never previously played in Scotland.

“One of our objectives is to give Warren (Lions head coach Warren Gatland) and the playing squad as much meaningful preparation as possible before departing on tour, so we are delighted to have agreed this fixture,” Lions managing director Ben Calveley said.

“A Lions Test is one of the most iconic events in world sport, but a huge number of fans from the Home Nations never get the chance to see one live.

“The Vodafone Lions 1888 Cup match will give even more supporters the opportunity to be part of the next chapter in Lions history.”

Gatland added: “We saw Japan play some excellent rugby during the World Cup, and they will come to Edinburgh fully-motivated to win.

“They are a talented side who play high-tempo rugby, so it will be a good challenge for us ahead of the tour and a chance for the match-day squad to put their hands up for Test selection.”

“We are very much looking forward to playing a Test against the Lions next year,” he said. “It is truly a once-in-a-lifetime opportunity for our players, and we can’t wait for it to come.”

The Lions’ eight-match South Africa trip begins on July 3 and is highlighted by three Tests against the Springboks.

The 2021 Premiership final means that Gatland is unlikely to have a full squad to choose from for the Japan fixture, although any absentees should be minimal.

Tickets for the Japan game go on pre-sale early next month, but it remains to be seen if the coronavirus pandemic has any impact on it. International rugby in Britain and Ireland is currently scheduled behind closed doors.

Scottish Rugby chief executive Mark Dodson said: “The deep connection Scotland enjoys with the British and Irish Lions has helped to shape the rich history of the team with players, coaches and support staff all contributing to the success of the side down the years.

“Scottish Rugby and the whole rugby community in Scotland will extend a warm welcome to the Lions and Japan, and we look forward to hosting fans for this unique ‘home game’ at what will no doubt be an enthralling match.”