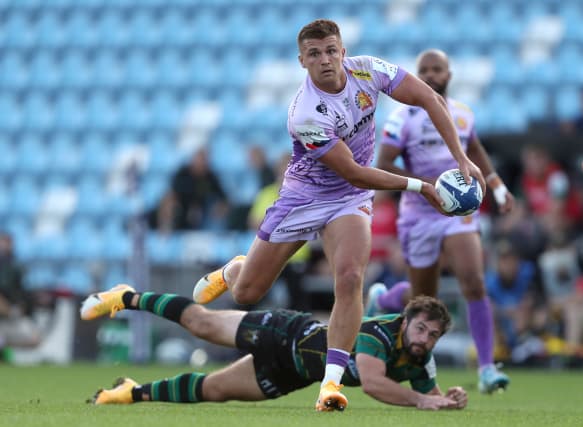 British and Irish Lions managing director Ben Calveley will continue an “open dialogue” with Premiership Rugby over the possible release of players for the friendly against Japan at Murrayfield next summer.

On Wednesday morning, it was announced the Lions will play Japan at Murrayfield a curtain-raiser Test match ahead of the 2021 series against the Springboks.

The confirmed June 26 date is the same day as next season’s Gallagher Premiership final, but will be scheduled at a different kick-off time, and is a week before the Lions’ tour opener in Cape Town.

Given the Japan game falls outside of World Rugby’s Regulation 9 international window for Test matches, Premiership Rugby are not mandated to release players to head coach Warren Gatland’s squad for the fixture.

The scenario is nothing new, having been the situation for more than 10 years, with clubs making it Premiership Rugby board policy not to release players outside of the requirements of Regulation 9.

Calveley accepts it is a delicate situation, especially given the concerns over player burnout and fatigue ahead of embarking on such a prestigious tour, but one on which he feels a compromise can be brokered.

“Premiership Rugby have already announced a fixture list for next year and we don’t anticipate that changing, but we have been in dialogue with PRL for a long time about this (Japan) match – for the best part of 12 months or so,” Calveley said.

“Obviously we have taken this match up to Scotland and we will be at a different kick-off time to the Premiership final and we absolutely accept that this is not a Regulation 9 fixture, so there is no obligation for the clubs to release any of their players.

“The position right now is that there is no sanctioning of English players to play in this fixture, but we would be keen to keep that dialogue open and we would be hopeful that position might change.

“It is wonderful opportunity for players, not just to play in that fixture, but also to put their hand up and start to impress Warren and his coaching team in advance of the tour of South Africa.

“Our understanding is that, as it stands, there is no agreement to release English players for the fixture against Japan.

“We don’t have that agreement from Premiership Rugby. They have not confirmed that players will be released for this fixture and that relates to all of the English clubs.”

There is also no agreement on release of any potential Lions players from French clubs, which adds another layer to the negotiations.

“We are open to continuing dialogue, but at the moment, given this is a non-Regulation 9 fixture, we understand that and respect their position,” Calveley said.

“But we would, of course, be hopeful those players not playing in the (Premiership) final would be available to play in this match, although that would require a change to the position as it currently stands.”

Given the impact of the Covid-19 pandemic had on decimating the 2020 sporting calendar across the globe and the knock-on impact into next year, Calveley accepts there was never going to be a perfect solution – but rejected suggestions the Lions were now in a weakened position.

“My view is that the Lions is going from strength to strength,” he said.

“We have added a fixture to the schedule here, from eight to nine. The reality is the Lions is a very special event, in fact it is unique, not just in rugby but in sporting terms.

“It is the absolute pinnacle for the players and the fans love it more than any other sporting property in the UK and Ireland.

“The game absolutely understands too that it benefits from Lions tours, given that the Lions has the ability to attract the casual fan, not just the hardcore fan, in a way that certain other rugby properties aren’t able to.

“I actually feel as though the Lions is on the up. The game understands that it needs to protect these blockbuster events.”

Calveley maintains a positive outlook that fans will be in the sold-out South African stadiums next summer, with the ticket-only ballot “oversubscribed incredibly heavily”.

He said: “All of the numbers suggest that not only is the interest there, but people are intending to travel in their droves.

“There is real determination within the South African authorities, public and rugby, to make sure that the tour can go ahead.”