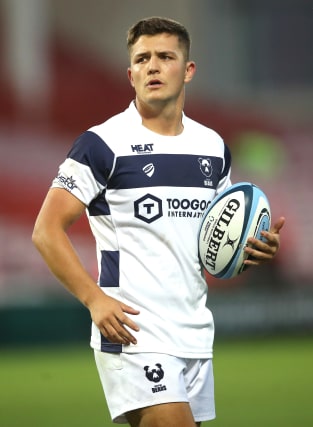 Fly-half Sheedy might have been involved in Saturday’s Paris clash against France, but he is currently on standby with his Bristol colleagues for a possible Gallagher Premiership final appearance.

Wasps, Exeter’s scheduled Twickenham opponents this weekend, will discover on Wednesday if they are able to participate in the game after the latest round of coronavirus testing.

Wasps currently have 11 people diagnosed with Covid-19, including seven players, and a decision is set to be made in the next 24 hours on whether or not they can face Exeter.

Bristol, after finishing third in the Premiership, are poised to replace them if circumstances dictate that Wasps have to withdraw.

Cardiff-born Sheedy, who looks set to make a Wales debut at some point during the autumn Test schedule, proved a driving force behind Bristol’s appearance in the Premiership play-offs this season and their European Challenge Cup final success against Toulon last week.

“He has played exceptionally well for Bristol to be fair to him, not just recently, but over the past couple of seasons,” Wales assistant coach and former Test fly-half Jenkins said.

“From Callum’s perspective, he is a very good rugby player. He puts a lot of people into space, he is a running threat himself and a very good goalkicker as well.

“He plays in a very good team, and he has done for some time. I have no doubt he is looking forward to coming in.

“I have no doubt he will hit the ground running, and I will be very surprised if anything will hold him back, if I am honest.”

There is likely to be a return for centre Jonathan Davies, who has not played international rugby since being injured at last year’s World Cup.

Liam Williams, who was also injured during that tournament in Japan, has only had one run-out since then, while back-row forward Josh Navidi is currently following concussion return-to-play protocols.

On Williams, Jenkins added: “We’ll see how he goes. He probably does need game-time, there is no doubting that.

“I see quite a few members of our squad who can play minimal or no rugby, but turn up and win a Test match. Liam would be in that category. He’s a world-class player as far as I am concerned.

“Whether he is involved on Saturday will be another thing, but he is a class act and he is one of those guys who could step in if he needed to.

“It has been a pleasure to have Jonathan back. He has been a big player for us for a long, long time. Defensively, he’s huge for us, and he is such a weapon for us in attack.”

Wales reported for duty at their bio-secure training base more than a week ago, and Jenkins said: “We understand what is going on, both at home and in France, and we respect that 100 per cent.

“It (the pandemic) is brutal for everyone, whether you are a sportsperson or a non-sportsperson. It is not an easy situation at this moment in time. I hope we can put some smiles on faces.”