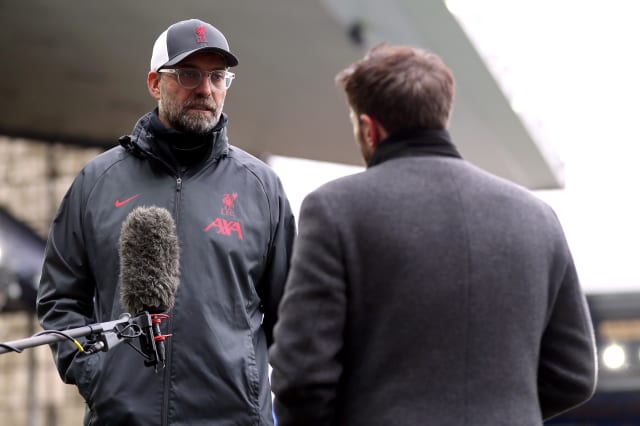 Liverpool manager Jurgen Klopp has limited options available to him as he begins to prepare for life without key defender Virgil Van Dijk for several months.

Klopp is likely to first look for cover within the squad, as was the plan at the start of the season after allowing Dejan Lovren to join Zenit St Petersburg, before he considers turning to the transfer market.

Here, the PA news agency looks at what options he has.

Klopp was happy to begin the defence of their Premier League title with just three centre-backs, with the back-up plan being to drop midfielder Fabinho into defence.

That was tested sooner than expected when he had to field the Brazil international in the 2-0 win at Chelsea in their second match of the season, with Fabinho excelling in that game.

Klopp has also played his go-to utility man Georginio Wijnaldum in the back four, although not for any high-profile games.

Waiting in the wings

The obvious automatic replacement for cover would be Nat Phillips, a 23-year-old who made his first-team debut in the FA Cup third-round win over Everton in January. He was recalled from a loan spell with Stuttgart for that game, returning to Germany almost immediately afterwards to finish the campaign with 22 appearances for the Bundesliga side.

Having sold Ki-Jana Hoever to Wolves in the summer, another youngster – Sepp Van Den Berg – rose up the pecking order. However, the 18-year-old, who has made four senior cup appearances, does not quite look ready for first-team football.

Another teenager, 17-year-old Billy Koumetio, received rave reviews during the club’s pre-season programme and, although he was named in the Community Shield squad, injury robbed him of the chance to feature in the Carabao Cup prior to Liverpool’s exit and he has yet to make a first-team appearance.

Klopp wanted Koumetio to gain more experience with the under-23s this term but he has been training with the first team and the Reds boss said after pre-season: “I’m pretty sure he will make big steps. We just have to make sure that we really deal with his age group and physical demands well.”

Klopp is not one to rush into the transfer market to immediately solve a problem, preferring to take a longer-term view like he did when they initially failed to sign Van Dijk from Southampton. Instead of going to his second choice, Klopp held out for the Dutchman and was rewarded six months later.

That long-term plan would have been in place to potentially sign a new centre-back next summer, having spent money reinforcing his attack and midfield with Diogo Jota and Thiago Alcantara.

RB Leipzig’s 21-year-old defender Dayot Upamecano – who reportedly has a £40million release clause active next summer – is a player who has already attracted the attention of many of Europe’s top clubs and would undoubtedly be on Liverpool’s radar.

Brighton’s Ben White, 23, was on the list just a few months ago but not considered a priority, while bringing Wolves captain Conor Coady, newly established with England, back to the club was the suggestion from former Reds defender Jamie Carragher on Sky Sports’ Monday Night Football.