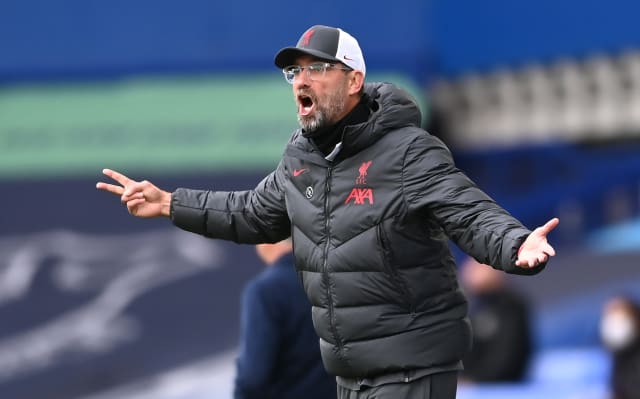 Liverpool manager Jurgen Klopp and midfielder Georginio Wijnaldum were united in their condemnation of the Everton tackles which sidelined Virgil Van Dijk for several months and ruled Thiago Alcantara out of their Champions League opener against Ajax.

Van Dijk’s knee injury is a huge blow to their long-term hopes of defending the Premier League title and going deep in Europe again and the manner of his injury still rankles within the Reds squad.

His Holland team-mate Wijnaldum said Jordan Pickford’s high challenge was “stupid” and that Everton “take it way too far in the games we play against them”.

“We know it is a derby and everyone wants to win so sometimes you go a little bit over the top but it was too much,” said the Dutchman.

“The tackle from Richarlison on Thiago was also a nasty one.

“Accidents can always happen in football, you can be unlucky with a tackle and injure someone but the way they were doing it is completely unacceptable.”

Klopp said both challenges were “difficult to accept”.

“Injuries happen in football, very often in challenges but often both players just try to play the ball,” he said.

“That was not the case in these two challenges and it makes it so different and difficult to take.”

Pundits have already started to write off Liverpool’s season without Van Dijk but that has only angered Klopp more.

His mood was not helped by the fact he will have to pair midfielder Fabinho alongside Joe Gomez at centre-back as Joel Matip did not travel as a precaution after also sustaining a knock on Saturday.

“I am old enough. I know how the world is. I know what people do. A lot of people speak before they think,” he said.

“We have a situation. We are here without Virgil van Dijk and Joel Matip and we will still give it a try. What can we do now?

“People can say what they want, it is a free world, but three weeks ago, they said we would run away (with the league).

“Now, three weeks later, we are not even in contention for anything any more. That’s football. That’s the world right now. We cannot be that excited. We have to stay calm.

“Why should I think the boys cannot deal with the situation? But the number of questions you ask suggests you think we will all struggle with it.

“Hopefully the results in the next few weeks will calm you all slightly down but I cannot promise it.”