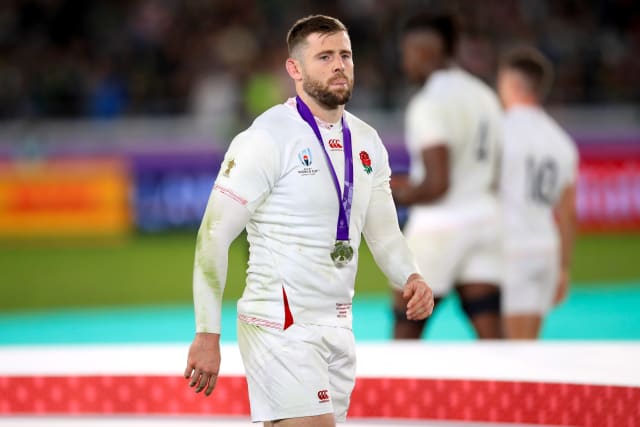 Elliot Daly’s fitness has emerged as a concern for England as they step up preparations for Sunday’s curtain raiser to the autumn against the Barbarians.

Daly has been ruled out of the non-cap international at Twickenham because of a long-standing leg issue that requires closer examination, resulting in his omission from Eddie Jones’ 32-man training squad.

Also missing is Joe Marler, whose knee problem will take at least another two weeks to heal, meaning he will sit out the Barbarians clash and climax to the 2020 Six Nations against Italy six days later when England are playing for the title.

“Elliot has had a bump on his leg for a good period of time. It hasn’t really worried him and he’s been able to train,” Jones said.

“We’re not sure what’s wrong so we’re going to get some tests done and we’ll wait and see what the answer is. I’d rather not say which part of his leg it is, let’s just wait and see.

“We’ll do all the various tests and he’ll see a consultant and then we’ll have a pretty good idea of where he’s at.”

Jones has indicated he will select a strong side against the Barbarians, using it as a warm-up for the trip to Rome knowing that a number of players – including his influential Saracens contingent – have not played since October 4.

Marler will be missing, however, as the Harlequins prop rehabilitates a condition called Morel-Lavallee that requires fluid to be drained from the knee.

“Joe is coming along really well. He’s maybe another two or three weeks away from being available for selection, but he’s come in and added to the camp and is his usual effervescent self,” Jones said.

Jones names his team to face the Barbarians on Friday, adopting a different approach to the usual policy of picking a younger side for a fixture that was postponed from May because of the coronavirus epidemic.

“It’s a lot different this year. We’ve got a number of players who haven’t played for four or five weeks,” Jones said.

“We’re conscious of the fact we’ve got the Six Nations game afterwards, so we’re looking at this as a two-week selection, getting players ready for Italy and also being right to play against the Barbarians.

“The training camps have been excellent. All the players and staff are conscious of their responsibility. It’s been a tough time for the country.

“The attitude in the camp has been first class and this week we move into Test match preparation for the Barbarians so things are a bit more serious and we’re knuckling down to prepare for a game.”

Piers Francis has returned to the England squad having recovered from coronavirus.

The Northampton back was picked in Jones’ first squad of the autumn earlier this month but was forced to withdraw and self-isolate after testing positive for Covid-19 as result of playing Sale on September 29.

Tom de Glanville’s hopes of making his England debut in the non-cap international at Twickenham have been dashed following his omission from the 32 who will gather at their training base in south west London.

Tottenham make sure of Europa League progress with draw in Austria

The fans are back: Arsenal welcome 2,000 for Europa League dead rubber