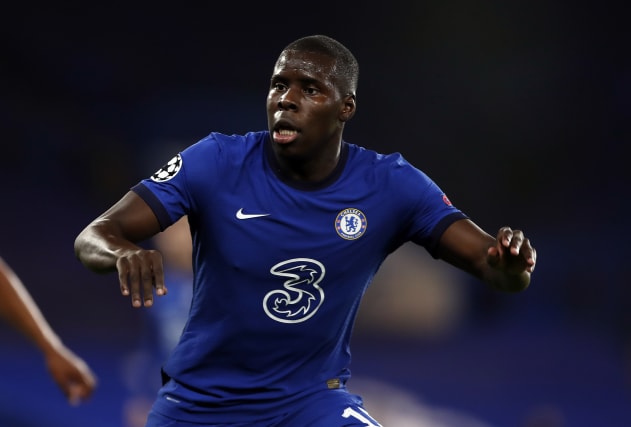 Chelsea opened their Champions League campaign by grinding to a galling goalless draw with Sevilla at Stamford Bridge.

Kurt Zouma had the best chance of a frustrating west London night, the France defender’s free header losing all sting through a deflection.

Frank Lampard’s Chelsea ended the night with all six of their £200million summer signings on the pitch for the first time.

But despite flashes of promise the Blues boss is yet to find the best fit for his expensively assembled jigsaw.

Lampard will doubtless have been puzzled by this stalemate – with his regimented but uninspired Chelsea almost the exact opposite of Saturday’s sloppy but exciting Blues in the 3-3 Southampton draw.

Technical director Cech will only come out of retirement in a coronavirus-related emergency, but the 38-year-old has impressed on the Blues’ Cobham training fields in recent weeks while helping hone Lampard’s keepers.

At 38 Cech is younger than 39-year-old veteran stopper Willy Caballero, and will add extra cover in the Blues’ league squad.

Who knows quite how the struggling Kepa Arrizabalaga would have greeted that news, especially when coupled with a return to the bench given Mendy’s return.

Where Chelsea played fast and loose in the weekend’s turbulent draw with Southampton though, here the Champions League Group E opener proved in the main insipid.

Chelsea did manage to start the night brightly enough, with Reece James exploiting space on the right flank.

Suso whipped in the cross and Nemanja Gudelj’s header would have nestled in the net but for a deflection off Zouma that allowed Mendy to palm clear.

Nothing encapsulated Chelsea’s off-kilter first-half more than Timo Werner managing to overrun his own onwards header.

As the ball dropped the wrong way, another smart James pass was wasted.

Lucas Ocampos drilled low on goal after Zouma’s miscued clearance, but Mendy was up to the challenge.

Werner still had time to scuff a late effort in closing a lacklustre half, before Chelsea headed for an obvious dissection of a frustrating showing.

The hosts returned in brighter spirits, with Pulisic’s switch to the left adding immediate balance.

Zouma connected with a free header from a fine Chilwell corner, only for Gudelj’s fortunate deflection remove the sting and gift goalkeeper Yassine Bounou a facile save.

Another headed chance for Zouma quickly came and went, before the match again descended into a midfield muddle.

Joan Jordan connected sweetly with a volley after a corner, only to see his dipping effort land the wrong side of Mendy’s crossbar.

Lampard by this stage had pitched Mateo Kovacic and Hakim Ziyech into the fray in a bid to inject some much-needed impetus.

That tempo never increased however, leaving the Blues to lament a disjointed draw.