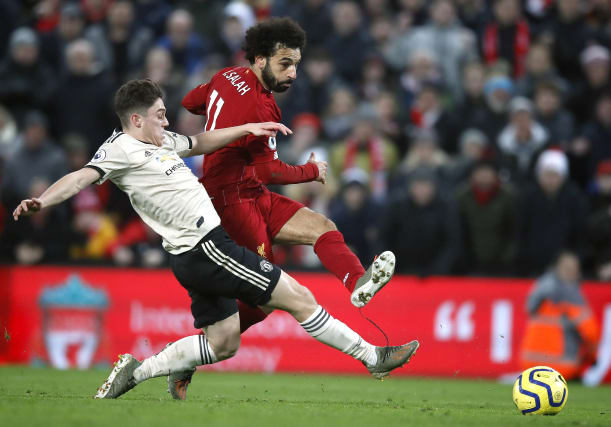 Reports of plans to launch a European Premier League involving Liverpool and Manchester United are “the last nail in the coffin of the idea that football can be relied upon to regulate itself”, a leading fans’ group has said.

The Premier League giants are reportedly involved in talks over the creation of a new competition, which it is claimed has the backing of the sport’s world governing body FIFA.

The news comes just over a week after Project Big Picture proposals emerged, which were developed by Liverpool and Manchester United and publicly endorsed by EFL chairman Rick Parry.

The proposals were rejected at a Premier League clubs meeting last week, and described as “a distraction at best” by Culture Secretary Oliver Dowden from the pressing need for the Premier League and EFL to agree a financial rescue package amid the coronavirus pandemic.

Kevin Miles, the chief executive of the Football Supporters’ Association, was scathing in his assessment.

“The latest reports of plots, allegedly involving Manchester United and Liverpool, to create a European Super League, expose the myth that billionaire owners care about the English football pyramid, or indeed anything other than their own greed,” he said.

“This has to be the last nail in the coffin of the idea that football can be relied upon to regulate itself: these billionaire owners are out of control.

“Football in all its forms in the UK, from grassroots to the top tier, occupies far too important a place in our society, our culture and our communities to be jeopardised by an even greater concentration of wealth in the hands of half a dozen big clubs.

“Decisive action is now needed to protect the game we love. We have already been promised by government a fan-led review of the governance and regulation of football: that process needs to start as a matter of urgency before the super-rich custodians of the biggest clubs can do any more damage.”

Manchester United have so far declined to comment, while FIFA, UEFA and Liverpool have been approached for a response.

The reports have surfaced as discussions continue on the future format of the Champions League and Europa League for the next broadcast cycle from 2024.

UEFA president Aleksander Ceferin said in December last year that reports of a world league were “far-fetched” and “insane”.

Wall Street bank JP Morgan is reported to be in talks over debt financing for the competition, to be repaid from future broadcast revenues.

“The big issue that I have with it is that in the middle of a pandemic, with football on its knees at so many different levels, the idea that a package is being put together to set up a new league when clubs are scrambling around trying to pay wages just seems to be another wound for football,” he told Sky Sports.

“I am for progression of football, new competitions and new formats but it doesn’t feel that it is the right time to be talking about this.

“Fans are getting to the point where they don’t care any more. Football is going to eat itself soon. Fans are starting to dislike large elements of what they are supporting and that can’t be allowed to happen.”

LaLiga president Javier Tebas added: “These ‘underground’ projects only look good when drafted at a bar at five in the morning.”