5 things you may not know about Wolves defender Max Kilman 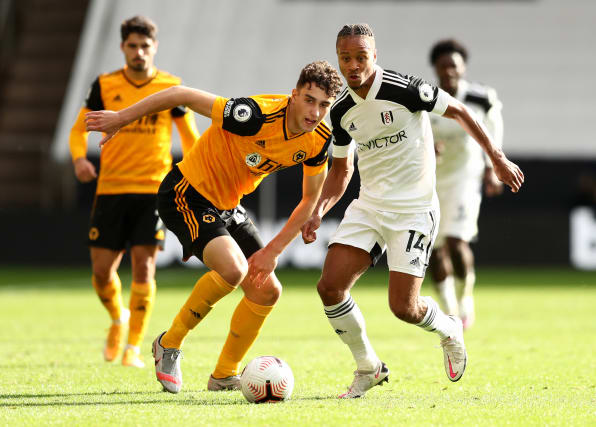 Max Kilman was man of the match in Wolves’ 1-0 win at Leeds on Monday night in only his sixth Premier League appearance.

The 23-year-old is a late developer having been signed by Wolves from Maidenhead in the summer of 2018.

Here, the PA news agency takes a look a five things you may not know about the 6ft 5in defender, who went from non-league straight to the Premier League.

Kilman was born in Chelsea to parents who are both half-Russian, half-Ukrainian and speaks fluent Russian. Following his release from Fulham’s academy as a teenager, he focused on futsal, progressing through one of its regional talent centres and into the national league. He went on to win 25 caps for England’s futsal team and combined the five-a-side game with 11-a-side after joining Maidenhead.

From Maidenhead to Marlow

Kilman signed for Maidenhead, then in English football’s sixth tier, in 2015 and continued to play futsal for England and London Helvetica. Before he had made his first-team debut for Maidenhead, he was loaned out to Marlow, spending the 2016/17 season in the seventh tier, aged 19. He returned to Maidenhead for the start of the following season and made his first senior appearance in an opening-day 1-1 draw at Maidstone.

Wolves first became aware of Kilman when he was spotted by their head of academy scouting, Matt Hobbs, playing for England against Wales in the Futsal Home Nations Championship in December 2016. Maidenhead won promotion to the National League in 2017 and the following season Kilman made 33 league appearances before signing for Wolves, aged 21, for an undisclosed fee in the summer of 2018.

He spent his first year at Molineux in Wolves’ under-23s, but Nuno Espirito Santo fast-tracked him into his first-team debut as a late substitute in their final Premier League home game of the 2018/19 season against Fulham. His previous first-team appearance – nine months earlier – had been for Maidenhead in a 3-1 home defeat to Gateshead in the National League.

Man of the match at Elland Road

Kilman made his first senior start for Wolves early in the 2019/20 season against Pyunik Yerevan in the Europa League and also made two Carabao Cup starts before making his full Premier League debut in a 1-1 home draw against Sheffield United last December. His man-of-the-match display in Monday night’s win at Leeds was his sixth top-flight appearance and his second of the season.