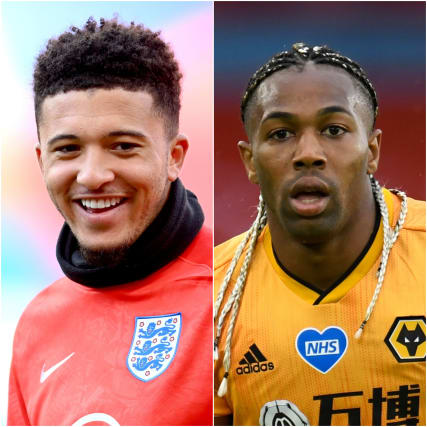 Wolves are looking odds-on to keep hold of AdamaTraore, reports the Sun. The 24-year-old has played a starring role for the Molineux outfit since joining in 2018 with Liverpool and Barcelona said to be keen on the Spanish forward, but the paper reports Traore will sign a new deal worth £100,000-a-week.

Manchester United have not given up hope of signing JadonSancho, according to the Daily Star. Rumours about the 20-year-old’s future were rife during the summer transfer window, and the Premier League side believe they can land the Borussia Dortmund winger in the winter.

Another player to have caught the eye of Manchester United is Federico Valverde who is currently on the books of Real Madrid, the Sun says. The midfielder, 22, has recently broken into the first team at the Bernabeu.

KalvinPhillips is set for a transfer tug of war, with Liverpool and Tottenham keen on the midfielder according to the Mirror. Phillips has been at Leeds since 2015 and has recently broken into the England side.

Burnley are lining up a move for MohamedSimakan, reports the Sun. The 20-year-old centre half is currently playing for Ligue 1 side Strasbourg and is also wanted by AC Milan, according to the paper.

Luis Gomes: Manchester United are looking to sign the 16-year-old from Sporting Lisbon, who has been dubbed the new Luis Figo, says the Daily Mirror.

Paulo Dybala: The Juventus forward’s future is in doubt after a clash with club staff at the weekend, reports the Daily Star.

Erling Haaland: The Borussia Dortmund and Norway international has been linked with a move to Real Madrid next summer, according to ABC.