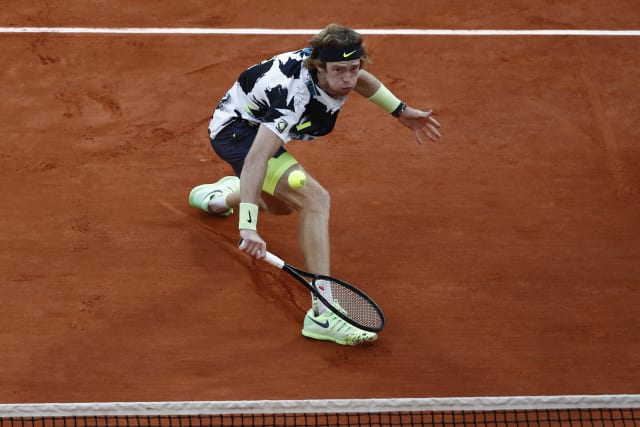 Andrey Rublev boosted his chances of a first appearance at the ATP Finals in London by winning his fourth title of the season in St Petersburg.

The 22-year-old Russian moved up to eighth in the standings, which is effectively seventh because Roger Federer will not be fit to return until 2021, for the end-of-season tournament at London’s O2 Arena.

Argentina’s Diego Schwartzman is currently in ninth place and has a chance to add further points at the ATP tournament in Cologne this week, where 12th-placed Denis Shapovalov is also playing.

David Goffin and Pablo Carreno Busta, who are in 14th and 15th, can put pressure on those above them with strong performances in Antwerp.

In the doubles race, which is led by Britain’s Joe Salisbury and his American partner Rajeev Ram, Jamie Murray and Neal Skupski held on to eighth place despite a first-round defeat in St Petersburg.

Murray and Skupski, who are looking to qualify as a pair for the first time, are playing in Antwerp this week and will look to extend their 75-point lead over Australian duo Max Purcell and Luke Saville, who are in the field in Cologne.

The ATP Finals begins on November 15 and is set to be played behind closed doors.