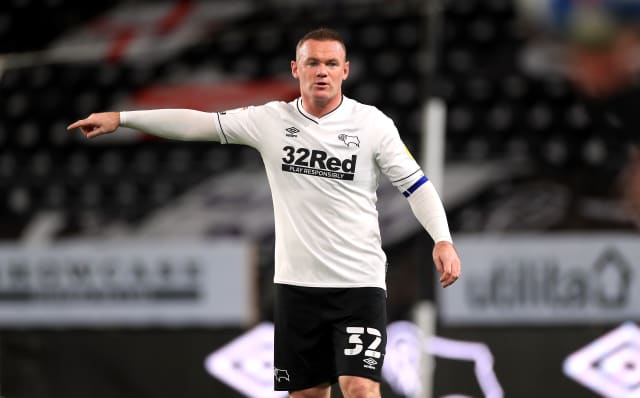 Wayne Rooney has been embroiled in a coronavirus drama after being visited by a friend who had been instructed to be tested for Covid-19 and was later was found to have the disease.

The Sun newspaper reported the former England captain – now player-coach at Derby – was “seething” after infected entrepreneur Josh Bardsley visited him at his luxury mansion on Thursday to give him a luxury watch.

The paper said Bardsley, 21, had already been contacted by Test and Trace personnel and had taken a test, and therefore should have been self-isolating. His test later came back positive.

Rooney, married with four children, was unaware of any Covid-related matters connected with Bardsley, and played in Derby’s 1-0 home loss to Watford a day after the visit on Friday evening.

Government guidelines say anyone who has been in contact with a person who has tested positive must self-isolate for 14 days.

It is now likely that, at the least, the Derby and Watford squads along with their support staff will be forced to take tests. Rooney has already indicated he will take a test.

A statement from Rooney’s management said the 34-year-old was “angry and disappointed” by Bardsley’s actions.

“It was only today (Saturday) following media approaches and his own investigations that Wayne became aware that Josh had been contacted by Track and Trace before the visit and should not have come to his house,” the statement, printed in The Sun, said.

The statement said Rooney would also have told his club “immediately” had he known he had been in contact with “anyone suspected of having the virus”.

“Wayne is angry and disappointed that he, his family and his club have been put in this position by someone acting secretly and in breach of Government and NHS guidelines. He is now taking a coronavirus test as a result of his contact with Josh,” the statement said.