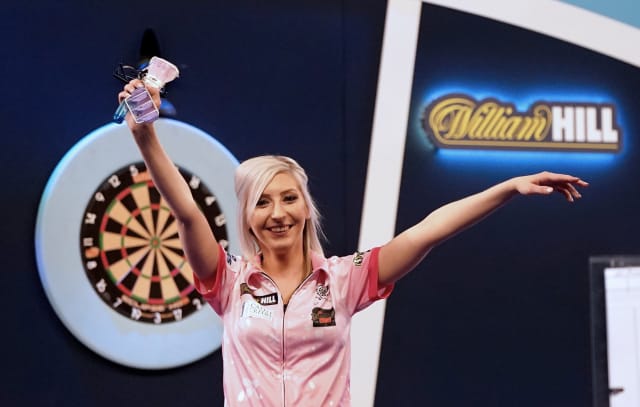 Fallon Sherrock will not return to the scene of her greatest triumph after failing to secure her place at the 2020/21 World Championship at Alexandra Palace.

The 26-year-old made history in the event last year, becoming the first female to win a match en route to the third round.

But Sherrock, nicknamed the ‘Queen of the Palace’ for her heroics there, will not get the chance to hit the headlines again later this year after finishing outside the top two in the PDC Women’s Series Order of Merit.

Sherrock produced some fine performances over the four events in Barnsley, reaching two finals, a semi-final and a quarter-final.

But it was not good enough to dislodge top two Lisa Ashton and Deta Hedman, with Sherrock missing out on legs won over the four events.

Four-time women’s champion Ashton, who won a PDC Tour card earlier this year, played in the 2019 World Championship while 60-year-old Hedman will make her debut.