Andy Murray withdraws from bett1HULKS Championships because of injury 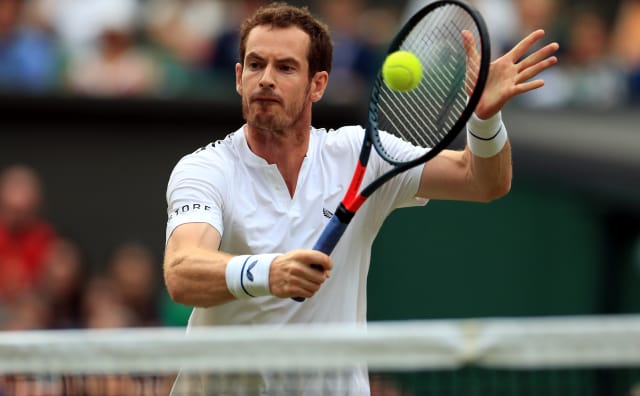 Andy Murray has pulled out of next week’s ATP Tour event in Cologne because of a lingering pelvic problem.

The former world number one revealed ahead of the French Open last month that he had been forced to rest following a second-round loss at the US Open because of tendinitis in his left psoas muscle, which connects the spine to the femur.

Murray said he had felt good physically once he began training on clay but he suffered a chastening first-round loss to Stan Wawrinka in Paris and was then beaten by Fernando Verdasco in his opening match in Cologne on Tuesday.

The Scot had been due to stay on in the German city for this week’s second tournament, the bett1HULKS Championships, where he had been drawn to face Serbia’s Danilo Petrovic, but his body once again is not cooperating.

The PA news agency understands it is a niggling problem rather than something that has flared up this week and Murray is still hoping to play again this season.

It now appears very unlikely that he will compete at the Erste Bank Open in Vienna starting on October 26 but the Paris Masters the following week is understood to be a possibility.

The news is yet another indication, though, that Murray’s biggest challenge if he remains committed to trying to return to the upper echelons of the sport will simply be staying fit.

There was a good deal of optimism 12 months ago after he returned ahead of schedule following his hip resurfacing operation and won an emotional title in Antwerp.

It appeared Murray’s comeback would gather pace in 2021 but a combination of a complication from the hip surgery that kept him sidelined for the first two months of the year and the hiatus caused by the coronavirus pandemic means he has only played four tournaments, winning three matches.

The 33-year-old was downbeat after his loss to Verdasco, saying: “I need to practise, I need to play matches and physically I need to get better. I need to get back to playing my game on the court. I’ve kind of gone away from that a little bit.”